Spotify has acquired Mediachain in an effort to create a fairer, more transparent, and more rewarding music industry for creators and rights owners using blockchain technology.
Written by Tas Bindi, Journalist on April 26, 2017 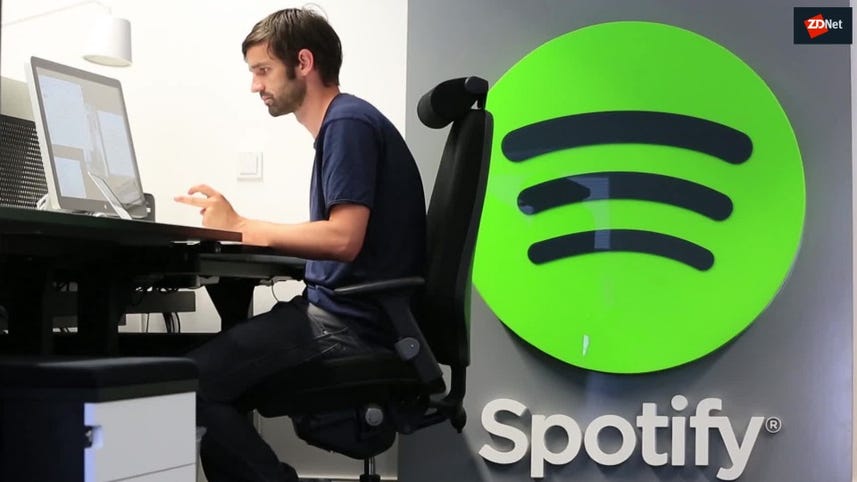 Brooklyn-based startup Mediachain Labs announced on Wednesday that it has been acquired by digital music service Spotify.

At a time when content is widely distributed across the web, often without any recognition of the creator, and when signatures don't survive re-coding, Mediachain's mission has been to inextricably link content to the identity of the creator, offering a channel for attribution, analytics, and payment.

The three-year-old startup, founded by Denis Nazarov and Jesse Walden, has created a number of technologies including a decentralised, open media library built on top of the InterPlanetary File System (IPFS), which allows content creators to make statements about their creative works that are cryptographically signed, timestamped in the Bitcoin blockchain, and stored in the IPFS.

Mediachain also launched an attribution engine in October last year that is built on top of its open media library and helps users search for properly attributed images, while allowing creators to secure the rights of their digital content.

Additionally, the startup prototyped its own cryptocurrency, CCCoin, to reward content creators for their contributions.

"From inception, the mission of Mediachain Labs has been to build a more connected world for creators," said the Mediachain Labs team in a blog post. "Inspired by the disruptive technology behind Bitcoin, we set out to explore how the next generation of blockchains and open, peer-to-peer protocols would empower creators to better reach their audiences and earn a living."

Mediachain's team will be joining Spotify in its offices in New York, while it turns over its technologies to the open source software community -- keeping all source code and documentation open source and openly licensed.

Moving forward, the companies will work together to create "a more fair, transparent, and rewarding music industry for creators and rights owners".

A challenge for Spotify and other music streaming services has been getting all the data required to properly license music and pay its creators. For example, The New York Times reported in March last year that Spotify had agreed to pay up to $25 million in royalties to music publishers, as well as a $5 million penalty, to settle a licensing dispute with the National Music Publishers Association.

Instead of creating a centralised database with music rights information, it is expected Spotify, with the help of its newly acquired Mediachain talent, will build a decentralised one that connects artists and other music rights holders with the tracks featured on Spotify.

As Mediachain explained in a blog post, its vision for the problem with attribution is a shared data layer, which it said "is key to solving attribution, empowering creators and rights owners, and enabling a more efficient and sustainable model for creativity online".

"The opportunity to join an organisation that shares this vision comes at a crucial time, when the relatively nascent blockchain community has few bridges to mainstream consumers, creators, or the platforms they use to interact," said Mediachain.

The financial terms of the Mediachain-Spotify deal were undisclosed.