What’s the hip and happening place in your neighbourhood? Roamz aims to help you find out, but will the idea really take off?
Written by Phil Dobbie, Contributor on Oct. 24, 2012 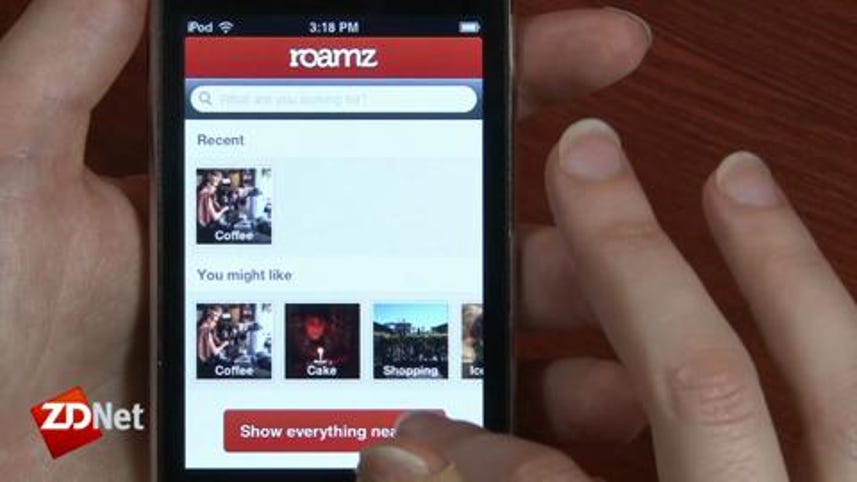 Jonathan Barouch started Roamz after 10 years of being involved with internet startups. His first project was Fast Flowers, an eCommerce venture that started in 1999 and built a customer base of several hundred thousand individuals. When that operation was sold to 1300 Flowers, he started work on his next big idea.

That idea was Roamz, a location-based service that allows users to see what is happening around them. As its promotional video says, "you often don't get to hear about [what's happening], because word of mouth is too slow and the web is too random."

There's nothing startlingly original about the idea of location-based recommendations, so what makes Roamz different? That's a question I put to Jonathan Barouch in this Start IT up video. Watch it and then decide: will this idea get traction?

Do you have a great technology idea? Something that's in the startup phase or already in the early stages of operation? Would you like to share your concept with the ZDNet audience? It'll give you some early exposure, and could be a useful sounding board — ZDNet readers are rarely backwards when it comes to saying what they think. If you'd like to be considered, send us an email at au-edit-zdnet@cbsinteractive.com.