With its cross-platform charter expanding, Microsoft is making nice with its competitors -- though sometimes in rather circuitous ways.

Take, for instance, what's happening in the virtualization space. Microsoft already offers users the option of running certain flavors of Linux in virtual machines on its Azure cloud. The list of offerings at present include Canonical's Ubuntu, CentOS from OpenLogic, CoreOS, Oracle Linux, SUSE Linux Enterprise and Open SUSE.

There's still no Red Hat on the list. As I mentioned last fall, a number of Microsoft customers are very interested in seeing Red Hat certified/supported on Azure. It's not clear whether it's Microsoft or Red Hat holding this up. There are a lot of behind-the-scenes theories and finger pointing, but no new information about when and if Red Hat Linux will be added to the Azure Gallery.

On February 23, however, Microsoft did announce that the latest version of Red Hat Enterprise Linux, RHEL 7.0, is now certified as a guest on Microsoft's Hyper-V on Windows Server on-premises. 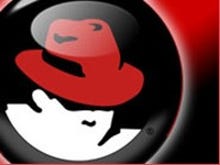 Last week, CRN reported that Microsoft is planning to enable VMware-based virtual machines to run on Azure by the third calendar quarter of 2015. Microsoft officials declined to comment on that report. For my part, however, I'm not sure what, if anything additional, has to happen beyond the strategies Microsoft has already announced to bring VMware to Azure.

As Aidan Finn, a Hyper-V Most Valuable Professional (MVP) told me when I asked, the technology Microsoft purchased when it bought InMage last year makes this possible.Microsoft is testing in limited preview form its Migration Accelerator, based on InMage's technology, that allows physical and VMware machines to be migrated to Azure, in a way similar to Hyper-V Replica currently works.

At Tech Ed Europe last October, Microsoft announced that its Azure Site Recovery (ASR) technology would support replicating vSphere workloads to Azure, as well, which would give VMware customers access to Microsoft's disaster recovery as a service.

"The InMage acquisition is turning up in a few places and, to me, it appears to be a very good addition by Microsoft," said Finn. "Removing System Center as a requirement has made people very interested, even if it is still early days. Some of those customers/partners that have been most interested in ASR are VMware customers and partners.

"And when it comes to moving services to the cloud, be it a wholesale lift-and-shift or part of a hybrid strategy, I think customers won't care what the cloud virtualization platform is as long as they don't need to manage it," Finn continued. "I'm sure Microsoft won't complain if VMware customers have a nice experience on Hyper-V which powers Azure."

In some ways, Finn noted, Microsoft's cross-platform strategy in the cloud isn't so different from what it has done to introduce more of its homegrown and newly-purchased apps and services like Acompli and Sunrise on iOS and Android. As long as there is some Microsoft technology -- whether the OS or the cloud or the apps/services on top -- in the picture, the new Microsoft considers this a win.