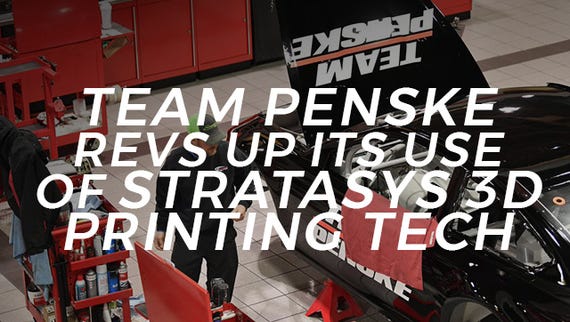 Stratasys said its new metals additive manufacturing platform is in closed-loop feedback trials with manufacturers as the company promised more details such as specs and launch timelines "available soon."

Then HP outlined its metal additive manufacturing plans as well as its timelines out to 2021. Like HP's entry into 3D printing, the approach to metal revolves around an announcement, ecosystem partnerships and then ultimately broad availability.

Rafie Grinvald, director of product marketing and management at Stratasys, noted that "current approaches to 3D printing metal parts leave a lot to be desired."

Stratasys said it has developed its platform internally using its jetting technology and common powders such as aluminum, with more materials to follow. This will allow the company to expand into more industries, including automotive, defense, aerospace, industrial machinery, and power tools. Stratasys LPM has a three part additive manufacturing process and leverages its PolyJet technology.

Ultimately, Stratasys is hoping to be economically competitive with current metal part manufacturing and target manufacturers that need small-batch runs as well as custom parts.

"With this technology, we're going to really unlock the area of production of metal parts," Grinvald said on a press call. "We're going to have up to 80% reduction in cost per part--this is our target, and we're already achieving those numbers today with our technology."

Post-processing will also be simpler, as the new technology will allow users to remove supports in a matter of minutes rather than hours, Grinvald said. Throughput time will also be 10x faster than any technology on the market today, he added.

Pricing and availability have not yet been announced, but the initial customer test sides for the metal solution will go live in 2019.

Separately, Stratasys said it was launching advanced elastomers and materials for its FDM and PolyJet machines. The aim is to offer rapid prototyping with more realistic parts.

The company said its new materials will enable engineers to produce parts that can stretch or compress without losing shape. The materials are offered across Stratasys F123 3D printer platform via its Stratasys Direct Manufacturing unit.

As for the new materials, Stratasys' TPU 9A Elastomer is for parts that need a lot of elongation and toughness. The company also launched five new materials to be used with the Stratasys J750 and J735 PolyJet 3D Printers. These materials are designed to mimic rubber, leather or plastic. Some of the materials are suited for the healthcare and medical device industries.

Team Penske revs up its use of Stratasys 3D printing tech

Team Penske, a leading auto racing team in the NASCAR and IndyCar circuits, is expanding its partnership with Stratasys. It has been using Stratasys 3D printing technology to accelerate the design-to-production process for cars.

The ability to 3D print metal is likely to be trigger to scale additive manufacturing. Just ask Stratasys, 3D Systems and HP.

Unlike many of the 3D printers we've looked at before, the Zortrax M300 and M300 Plus really shine when you have specialty production or design needs. Read our review to find out more.

Join Discussion for: Stratasys sheds more light on its metals...