Suning also announced a partnership with Baidu Apollo to work towards mass production of unmanned delivery vehicles as early as 2020.
Written by Jonathan Chadwick, Sub-Editor on July 10, 2018 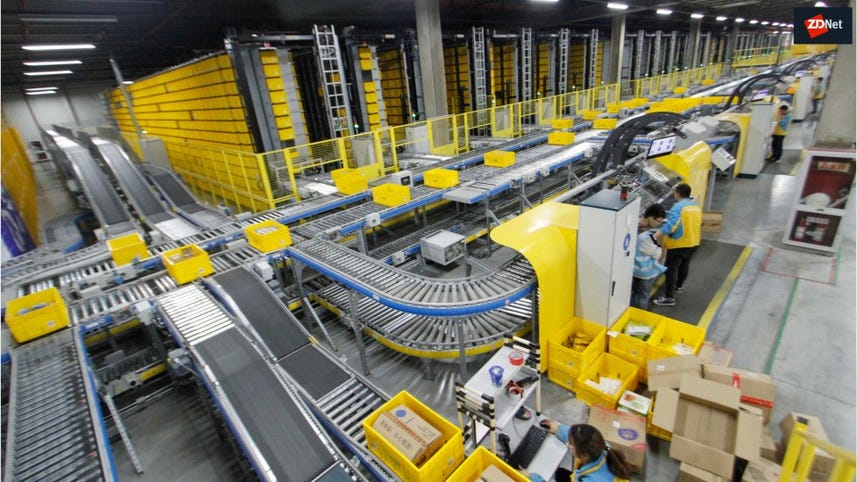 This will include establishing a platform for China's retail industry through supply chain solutions such as store management, product sourcing, logistics, and payment services for retail SMEs.

They will also focus on "intelligent warehousing and delivery", and in the sports sector, the companies said they will create a digitised platform for Chinese football clubs and youth training systems to help development of the sport.

Also announced this week, Suning Logistics has signed a self-driving vehicle partnership with Baidu Apollo for logistics development in China.

Announced at the Baidu Create 2018 event in Beijing, the companies revealed an unmanned delivery vehicle called the "MicroCar", which is equipped with Baidu's L-class intelligence system and designed to solve "the last 5km delivery problems", according to Suning.

The company completed a road test of its heavy-duty self-driving "Strolling Dragon" truck in May this year, and in the previous month launched its Automated Guided Vehicles warehouse in Jinan, which uses robots to speed up warehouse processes.

The delivery truck, which is priced between $150,000 and $180,000 depending on the mile range, has been ordered by companies including United Parcel Service, PepsiCo, Sysco, Anheuser-Busch, DHL, and Walmart.

Rio Tinto, meanwhile, got accreditation in May to commercially operate its autonomous fleet of two-storey-building-sized trains for ion ore delivery in Western Australia.

With back-to-back announcements, the grocery giant has firmly staked out its place in the race to automate same-day order fulfillment.

The reality of big data and AI isn't living up to the hype. Instead of worrying about a robot apocalypse, businesses should focus on using technology to improve worker efficiency.