​Supercomputing: This project plans one of the world's largest Arm-based supercomputer deployments

A new installation across three UK-based clusters will run a total of 12,000 Arm cores.
Written by Steve Ranger, Editorial director, ZDNet on April 16, 2018 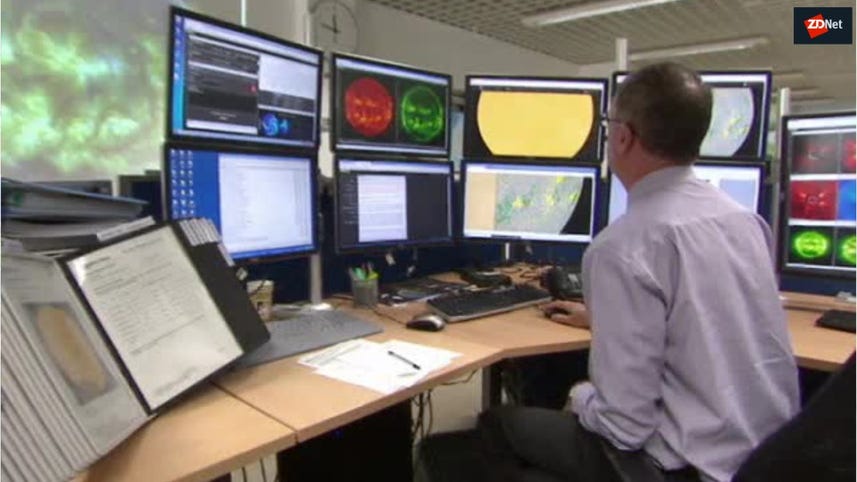 One of the biggest Arm-based supercomputing installations in the world is being built across three clusters at UK universities.

The HPC clusters at each university will consist of 64 HPE Apollo 70 systems, each equipped with two 32-core Cavium ThunderX2 processors and 128GB of RAM comprising 16 DDR4 DIMMs with Mellanox InfiniBand interconnects. The systems will run SUSE Linux Enterprise Server for HPC. Each cluster is expected to occupy two computer racks and consume 30KW of power.

The installation is due to be completed in summer 2018, and is being built and supported by Hewlett Packard Enterprise (HPE). When completed, HPE says it will be one of the largest Arm-based HPC installations in the world. The cost of the systems is not being disclosed.

Arm is attempting to push further into the high-performance computing market, which is currently dominated by the likes of Intel and Nvidia: late last year Cray said it was building the world's first production-ready Arm-based supercomputer also using the Cavium ThunderX2 processors, based on 64-bit Armv8-A architecture.

Mark Parsons, director of the Edinburgh EPCC said: "We already host two national HPC services using HPE technology and this will be our first large-scale Arm-based supercomputer. If Arm processors are to be successful as a supercomputing technology we need to build a strong software ecosystem and EPCC will port many of the UK's key scientific applications to our HPE Apollo 70 system."

Mark Wilkinson, director the HPC facility at the University of Leicester, said the cluster will allow it to explore the potential of Arm-based systems to support work such as simulations of gravitational waves and planet formation, earth observation science models and fundamental particle physics calculations.

The project is part of the Catalyst UK programme which aims to drive supercomputer usage in the UK in general, and in the commercial sector in particular. The programme will work with UK industry to jointly develop critical applications and workflows to best exploit the clusters.

'Supercomputing for all' with AMD EPYC
AMD announces the availability of new, high-performance EPYC-based PetaFLOPS systems.

IBM shares updates on DOE's Summit supercomputer
With expectations that it will be the world's fastest and most powerful supercomputer, Summit is expected to be completed in early 2018.