Service Pack 3 is available for the Suse Linux Enterprise Server – bringing with it support for larger systems, new hardware and UEFI secure boot.

The release adds support for the latest Intel processors, such as the forthcoming "Ivy Bridge" Xeon E5 processor family and the fourth generation Intel Core, as well as the latest IBM eight core processors, the Power 7+.

Larger systems can now run Suse Linux, with the service pack adding support for up to 16TB of memory in addition to the 4,096 CPUs introduced by SP2. 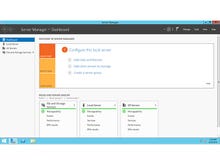 Virtualisation performance gets a boost with commercial support for the latest open source hypervisors KVM 1.4 and XEN 4.2 and a top up to the size of virtual compute and memory pools supported by guest systems. The update also supports hardware features to improve the virtualised workload efficiency delivered by the Intel's Haswell and AMD's 4000 and 6000 Series processors.

Suse systems with shared storage will be able to scale-out workloads more effectively thanks to about 70 driver updates — for example, the new Open Fabric Enterprise Distribution driver will support faster connection speeds and easier fabric management.

SUSE Linux is the first enterprise Linux distribution to support the Unified Extensible Firmware Interface (UEFI) secure boot mechanism, which is designed to reduce the potential for malicious attacks when the machine boots up.

UEFI secure boot has proven to be a controversial addition on PCs, due to the concerns about how it restricts the ability of the user to choose their own OS .

The addition of secure boot support adds to security features which have earned the OS a Common Criteria Certification EAL 4+ and the US Federal Information Processing Standard 140-2 validation for its OpenSSL module.

Evaluation copies of Suse Linux Enterprise Server can be downloaded from here.