The cyber security industry got a boost on Sunday as Symantec said it would acquire Blue Coat for $4.6 billion. 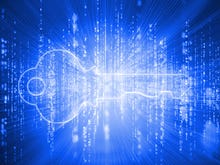 Trust on the internet: Vital, but more complicated than ever

Encryption, and our trust in it, is what makes the web so powerful - but there's plenty that could undermine that.

The deal is expected to close in the third quarter, the companies jointly announced.

The deal will bring Blue Coat chief executive Greg Clark on to lead Symantec once the deal is finalized, after former boss Michael Brown stepped down in April amid disappointing financial results.

Bain Capital, a private equity firm who has a controlling stake in Blue Coat, will invest $750 million in convertible notes in the merged companies.

Dan Schulman, chairman of Symantec, said in a prepared statement that the acquisition will "usher in a new era of innovation designed to help protect large customers and individual consumers against insider threats and sophisticated cybercriminals."

"Together, we will be best positioned to address the ever-evolving threat landscape, the massive changes introduced by the shift to mobile and cloud, and the challenges created by regulatory and privacy concerns," he said.

Symantec says the acquisition will allow it to protect more consumers against cyber threats across email, web, network, servers, and more. It will also have more research and development power, as the acquisition brings together 3,000 engineers and researchers.

"Once combined, we will offer customers around the world - from large enterprises and governments to individual consumers - unrivaled threat protection and unmatched cloud security," Clark said. "With employees of Blue Coat and Symantec coming together, we will be well positioned to drive meaningful growth and push the boundaries of innovation."

Blue Coat has come under fire in the past for its cyber security equipment ending up in the hands of the Syrian regime, which used the tech to spy on citizens. Its network equipment is used by corporations to check communication by employees by intercepting and stripping encryption.