The data visualization company fell short on revenue but reported strong momentum in subscription revenue.
Written by Stephanie Condon, Senior Writer on May 2, 2019 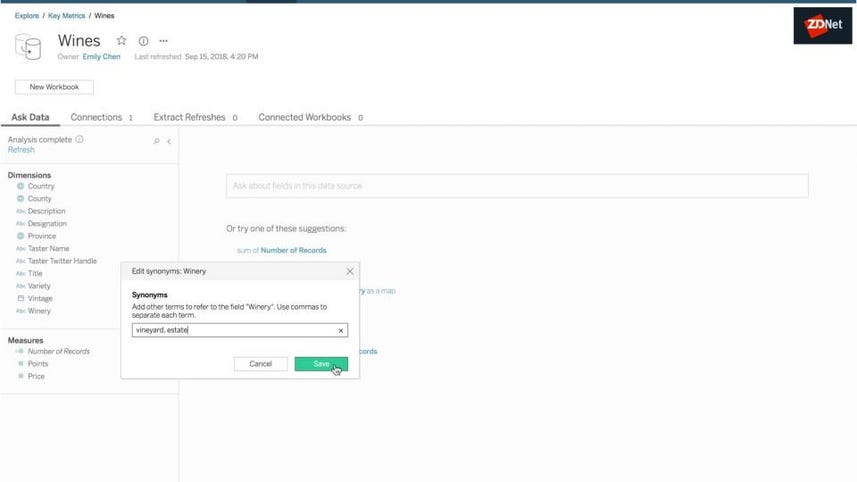 The company reported diluted non-GAAP net income per share of 2 cents on revenue of $282.5 million, up 15 percent year-over-year.

Analysts were expecting a net loss of 1 cent per share on revenue of $286.82 million.

"We are seeing more and more customers cultivate a data-driven culture in their organizations due to the ease of use and flexibility of Tableau's end-to-end analytics platform," CEO Adam Selipsky said in a statement.

In the first quarter, the company repurchased 34,986 shares of its outstanding Class A common stock for a total of $4.3 million and was authorized to repurchase a remaining $275.7 million under a previously authorized repurchase program.