The French government has jacked up the pressure on Google on two fronts this week.

On Monday, Google's executive chairman Eric Schmidt met with French president François Hollande. The pair discussed two key issues during the meeting: the way tax needs to evolve in light of the rise of the digital economy, and what's now being called the 'link tax' — an idea proposed by French newspaper publishers that would see the search giant having to pay media companies for linking to their stories in Google News.

Nathalie Collin, president of the French association of the politics and general news press (IPG), said in September that the press "is facing an unbalanced situation... While Google's revenues are constantly increasing, online media ad revenues are stable or decreasing. Advertisers are more likely to pay for targeted ads — like the ones offered by search engines — than for ads that come with from the media."

Google "eats up the online advertising market while the media provides Google with more and more content",  she concluded.

A month later, Google threatened simply not to index French media stories any more should a law bringing in any 'link tax' be passed: according to the company, such legislation would jeopardise its business model.

"Google is not a social worker for a press industry facing a crisis" — Christophe Carron, Voici

Aurélie Filippetti, the French minister of culture, expressed her "surprise" about the firm's plan, claiming that aggregators like Google are taking advantage of the media, and that "one doesn't deal with a democratic government using threats".

Like the IPG, Filippetti has seemingly forgotten about the traffic that the search engines like Google bring in, and how the media benefits from it. Christophe Carron, delegate editor in chief of the French newspaper Voici, is on Google's side, however: "Google is nothing more than the new courier for the press, free and far more efficient... Google is not a social worker for a press industry facing a crisis," he told Le Novel Observateur.

During Monday's interview, Hollande gave Schmidt two months to come up with an agreement with the IPG. The alternative would be to pass a law to settle the dispute — potentially as soon as next January. This wouldn't be the first time the 'link tax' idea has been mooted, though: it was originally suggested in a parliamentary report back in 2010.

According to satirical newspaper Le Canard enchaîné, along with discussion of a 'link tax', Hollande also raised the question of Google's income tax bill in France. 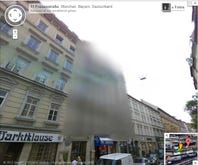 The French weekly newspaper reported that the French income tax authorities now want Google to pay as much as €1bn extra in tax covering the last four years, although Google has denied having received any communication from the department about the matter.

Like several multinational companies, Google transfers part of its online business revenues to European countries with low taxation, with the French income tax department said to have investigated the 'transfer price' used by Google for its tax optimisation processes.

According to the BFM Business' estimates, Google's French business generated between €1.25bn and €1.4bn of revenues in 2011 but declared only €138m of revenues to the French income tax department, resulting in it paying €5m of tax in the process.

The question over Google's taxes comes at a time when another industry seems to be keen to get its own share of the revenue generated by online giants like Google: telecoms.

In a recent interview with French newspaper Le Figaro, Pierre Louette, president of telco trade body the French Telecoms Federation, raised the issue of tax optimisation practices. "It's abnormal that those companies [Google, YouTube, Apple, etc] don't pay taxes nor are regulated in the countries where they have operations," he said, adding, again, that telcos want web giants to "contribute" because they "earn a lot of money by massively using our 'pipes' without contributing to their financing".

Join Discussion for: Taxing times for Google as France turns up...