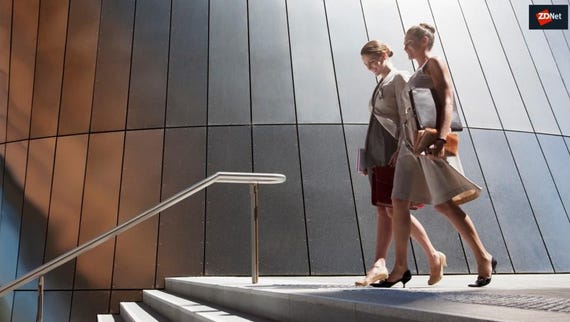 Instead of focusing on upping enforcement action against those causing grief to women on public transport at night, Transport for New South Wales (TfNSW) will trial "innovative data and technology ideas" to improve safety for women in Greater Sydney.

After running a Safety After Dark Innovation Challenge, TfNSW has settled on a handful of ideas that will be trialled over the next six months, including artificial intelligence in CCTV to automate the detection of threatening behaviours, using datasets and algorithms to create routing that prioritises safety, and a new platform for public safety and assistance.

"We want all our customers to feel safe on the network and it is not good enough that 9 out of 10 Australian women experience harassment on the street and modify their behaviour in response," Minister for Transport Andrew Constance said.

"We're excited to be working with entrepreneurs and universities to implement innovative technology solutions to keep women safe."

TfNSW received 44 applications for the Safety After Dark Innovation Challenge and the winners were selected by a panel after a virtual pitch event. The winners are from the University of Wollongong, data sharing platform She's a Crowd, safety technology firm Guardian LifeStream, and Cardno/UNSW.

Constance said the winners showed potential to "meaningfully address real safety issues" and their ability to use creative and sophisticated new technologies to make a real difference.

Touted as the first digital service aiming to make it easier for families to cope with the loss of a loved one, the service allows families to notify relevant organisations when someone close to them passes away so their accounts can be closed or transferred.

"When a loved one passes away, up to 40 government, private organisations, and NGOs need to be notified. These notifications can be stressful and traumatic, taking up to several months and often requiring multiple physical visits with a certified copy of a death certificate," Minister for Customer Service Victor Dominello said.

"We are using technology to put families at the centre of the process. The last thing they need during this difficult time is to be burdened with lots of paperwork. This is something most people go through and it shouldn't be the case."

The ADNS validates details about the person who has passed away against the Australian Death Check, a system that holds death registration data recorded by the Birth, Deaths, and Marriages Registries.

The big four banks -- ANZ bank, the Commonwealth Bank of Australia, the National Australia Bank, and Westpac -- were the first to get on board with the ADNS, following a pilot with NSW government innovation partner ANZ.

Major telecommunications providers and Sydney Water will also join the ADNS this month. Dominello said the government is working with other providers to onboard them as well.

The state government has also announced a handful of trials it hopes will improve the learning and wellbeing at NSW schools for students with a disability.

Launched under a new innovation program, the successful application ideas include telepresence robots to support students with chronic illness or disability to attend school.

"We will now be exploring ways to roll some of these programs out across NSW so every student can benefit," Minister for Education and Early Childhood Learning Sarah Mitchell said.

Schools around the country are also set to benefit from an updated online testing system, with a review into the National Assessment Program Literacy and Numeracy (NAPLAN), commissioned by NSW, Victoria, Queensland, and the ACT, that recommends an overhaul of the national standardised assessment to ensure it meets the needs of schools, parents, and students now and into the future.

Mitchell said the review is an important step in building a "modern and effective" national standardised assessment that will replace NAPLAN.

"What students and their teachers need is a diagnostic tool that captures the breadth of a student's ability, measures student growth and provides systemic and individual results back quickly," she said, adding it should be an agile tool to help teachers, linked to the curriculum and focused on student growth.

The NAPLAN review report recommends that the tests should move beyond literacy and numeracy to include a new assessment of critical and creative thinking in STEM.

This would replace the current NAP science literacy test conducted every three years.

The review, among other things, also recommended a name change to the Australian National Standardised Assessments, as those publishing the review believe it will better reflect the "significant redevelopment of the national standardised assessment".

Join Discussion for: Tech apparently the solution to stop harassment...