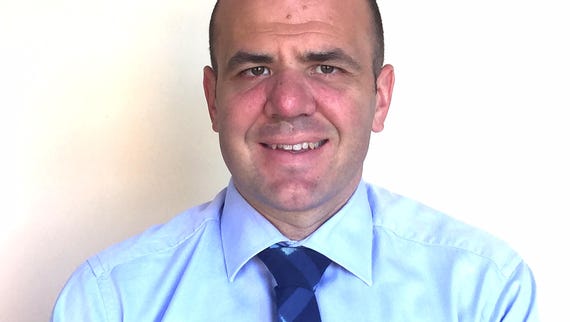 Enterprise social media: New battleground for CIO influence As social media strategy becomes more important, CIOs and IT have a new lever to drive conversation with peers in marketing and other departments across the company.

Who likes a loud mouth? Who admires the person who walks into a room, boasts about their achievements and leaves with a glib statement about the importance of meeting your goals in life?

My guess is not many of you. In real life, you'd probably go a long way to keep clear of someone who celebrated their own successes and who offered lame advice about your own challenges.

Yet in the modern business world, different rules apply.

Doubters need only take a short dip into their LinkedIn news feeds. I've just checked mine and there's posts about 'the new game of strategy' (which sounds like a tired rehash of Monopoly), the need to 'unleash the wolves in human resources' (which is probably illegal, if occasionally tempting) and the key to happiness (long story short, you must be successful at work).

It's important, of course, to state there are genuinely influential people out there. We could all list individuals who've helped shape our personal and professional lives. Some of them might be famous; the majority probably aren't.

While you might have come across a ninja, a rock star, or - as I saw someone describe themselves on LinkedIn recently - a dream weaver, most of these 'influencers' are simply talkative people with a bit of experience. They don't own the keys to a successful life, but they might, at best, know some stuff.

So what about tech workers - and in particular the CIO?

You see, many IT leaders really know their stuff. CIOs are the traditional guardians of enterprise technology. They understand how to integrate systems and services, and they know how to keep data safe and secure.

IT leaders have loads of experience when it comes to leadership, strategy, governance, innovation and digitisation. At a time when transformation is the goal of businesses, CIOs should be the most influential of all executives.

Yet a land grab is taking place, with a range of senior leaders fighting to hold sway over digital initiatives. This battleground can be a tough test for IT leaders, whose performance and presentation skills can be less polished than their c-suite peers.

CMOs, with their interest in branding, sentiment and experience, have recognised the power of digital. They've assumed responsibility for large chucks of the technology budget. At the same time, the appointment of chief digital and data officers has further eroded the IT leader's traditional circle of influence.

This shift in the balance of power is a big issue for CIOs. While the days of operationally-focused IT directors might be numbered, there's still a preponderance of IT professionals who cut their teeth in the data centre, rather than working across other lines of business.

Attempting to influence the wider organisation is, for many, a relatively fresh pursuit. Many IT professionals entered the industry because they enjoy technology, not because they relished the thought of managing people.

While technology chiefs have always kept one eye on the demands of the business, it is only in the past decade CIOs have been expected to spend more time outside, rather than inside, the technology department. This shift in focus means experienced IT leaders are often forced to play catch-up, especially when their communication skills are compared to the polished approach of their marketing and digital leadership peers.

As one IT leader said to me recently, the reason so many CIOs still look for guidance when it comes to leadership is that self-promotion does not come easy to most technology workers. This difficult reality, she said, helps explain the popularity of articles that focus on business engagement tips for CIOs.

It's a similar story on the conference floor. One CIO said the key take away from a keynote at a major event he attended recently was IT leaders must spend more time with their c-suite peers. "I was bit shocked how obvious it all seemed," he said. "Then I spoke with other IT professionals at the event and they thought the message was revelatory."

As a final point of illustration, one head of digital said he was recently one of only two CIOs in a room of 25 who agreed they liked change. "Therein lies the problem," he said, suggesting this lack of interest in transformation showcased the extent to which IT leaders are failing to engage and influence.

See more: What is a CIO? Everything you need to know about the Chief Information Officer explained

So, while the business is crying out for great digital leadership, the IT professional is not always comfortable striding into a new, outward-facing role.

However, when CIOs fail to step up, new reporting lines are created.

In the worst of all possible scenarios, the digital leadership gap is filled by highly-paid evangelists, probably sourced through LinkedIn.

It's a sentiment than chimes with Airswift CIO Brad Dowden: "There's a lot of people who are very good at putting a persona out there," he says.

"But these individuals aren't always the experts, and the people with the real ability stay quiet. That means the people who are mediocre are perceived as knowledgeable. They influence the way we're going as a market - and that can be dangerous."

Give it a few years and our businesses could be run by digital dream weavers, with little care and attention for standard IT practices, like governance and security. It's a grim scenario.

It is worth noting that even today just 23 percent of CIOs have a seat at the executive table, according to Gartner. The analyst says the best IT chiefs are business leaders who also happen to manage the IT organisation.

These master CIOs move into the role of proactive and visible business strategist, rather than simply reacting to business requests. They use their knowledge of technology, people, data and security to help shape a business strategy that's fit for the digital age.

What enterprises will focus on for digital transformation in 2018

Up until this year, organizations could often afford to overlook the bigger picture for various digital upgrades, improvements, and modernization. In 2018, these threads will now become so connected that increasingly holistic digital transformation efforts will focus on more customer and worker-centric models.

A new generation of IT leader has been arriving on the scene, more in-tune with the business, more collaborative, and with better soft skills, but a legacy tangle of tech stands in the way of moving towards the future.

How digital transformation is reshaping the IT budget: The journey of three CIOs

Digital transformation is changing how many companies approach work, and is impacting their budget as well. Here are three case studies on how this trend is shifting IT budget priorities.

Having data all in one place and easily accessible is crucial to digital transformation success. However, said MarkLogic's Joe Pasqua, many companies struggle with streamlining their database.

Join Discussion for: ​Tech careers: It's time to pump up the volume...