A number of prominent French tech companies are threatening to pull out of the country in the wake of the introduction of a bill that they argue will put the entire French population "under surveillance."

Seven companies, including web hosting and technology companies OVH, IDS, and Gandi have said in a letter to the French prime minister Manuel Valls that they will be pushed into de facto "exile" if the French government goes ahead with the "real-time capture of data" by its intelligence agencies. 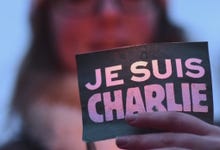 The companies argued that being required by the law to install "black boxes" on their networks will "destroy a major segment of the economy," and if passed it will force them to "move our infrastructure, investments, and employees where our customers will want to work with us."

Citing a figure of 30-40 percent of foreign users, the companies say their customers come to them "because there is no Patriot Act in France," referencing the US law that allows the bulk collection of phone records.

France's surveillance bill ("projet de loi relatif au renseignement") allows the government's law enforcement and intelligence agencies to immediately access live phone and cellular data for anyone suspected of being linked to terrorism. These phone records can be held for five years.

The surveillance bill was fast-tracked in the wake of the Charlie Hebdo attacks in Paris earlier this year, which left 12 people dead and more injured.

"There cannot be a lawless zone in the digital space," Valls said at a March 19 press conference, adding that France's current surveillance laws date back to 1991, long before the Internet and mobile phone technology became mainstream.

"Though the goal of the bill is to place France's surveillance practices under the rule of law, it in fact uses law to clothe a naked expansion of surveillance powers," said Dinah PoKempner, general counsel for Human Rights Watch.