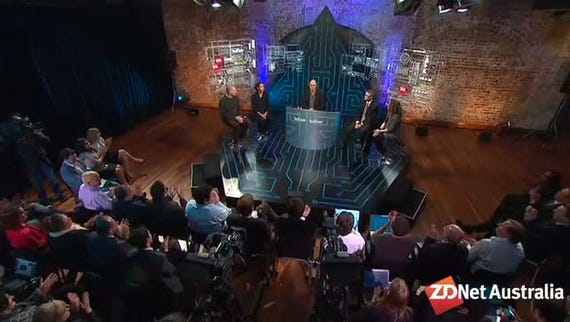 Everyone complains about the volume of email and says they can never be on top of it, but according to a recent technology panel discussing the future of email, that's because we're not using the technology properly.

IBM general manager Lotus Software and WebSphere Portal, Alistair Rennie, said that email has obviously become a "victim of its own success", expanding from its original use as electronic mail to being a central control point for everything, whether it be news alerts, input from business systems, social media feeds or keeping tabs on documentation.

"We've overloaded the metaphor without even changing how it works," Rennie said.

Yet futurist Mark Pesce said that the overload is the fault of the end user not making proper use of email's filtering functionality.

"There's no such thing as information overload, there's only filter failure," he said.

He believed that people tended to ignore filters until their email situation became untenable.

"We only improve our filters when we get overloaded, when you have people running around declaring email bankruptcy," he said.

Pesce said he recently needed to take all his Twitter follower notifications and put them into a separate folder. This decreased his email by 60 per cent. Although he never looks at those now, he isn't experiencing email trauma.

Yet Rennie doesn't believe that we should rely on end users to make email work for them. Instead, technology needs to work more intelligently on its own. In fact, he said later in the show that future versions of email needed a transformation, not just a tweak.

This was one of the issues discussed in the first 10 minutes of the TechLines email debate. We will be providing the debate broken down into bite-sized chunks over the next week.