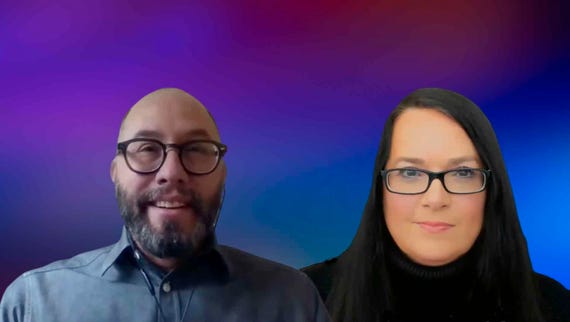 How COVID-19 impacts telehealth, plus the importance of trust
Watch Now

Health, education, and justice: the past months have brought radical re-thinking in the way that key public services are delivered, with technology playing a key role in keeping the country running even while a global pandemic forced most workers to stay at home.

But a new report from non-profit organization the Institute for Government (IFG) finds that although in many respects technology saved the day, there needs to be cautious planning for the years ahead. Now eight months into the crisis, it is becoming apparent that bringing public services online has the potential to worryingly deepen inequalities across the UK.

"The balance of risk has been very different during the pandemic, where it made perfect sense to trade off a little bit of quality, accessibility, or equity in the service delivery," Nick Davies, author of the IFG report, tells ZDNet.

"Those trade-offs were reasonable to make in the past few months, but less so when things return to normal. The concessions we were willing to make at the height of the crisis, we will no longer be willing to make afterwards," he continued.

Of the momentous £68.7 billion ($90 billion) deployed by the UK government to help public services to cope with the COVID-19 crisis, much has been spent on adopting new technologies to keep doctors connected to patients, teachers to students, and lawyers to courtrooms.

There is no doubt that the widespread adoption of technology has enabled public services to keep running with a degree of continuity. From email and social media to video-conferencing tools: during the months of March and April, technology was used to deliver education to up to 98% of pupils, as well as the vast majority of court hearings and GP appointments.

Particularly in healthcare, change came about quickly at the start of the crisis, with the NHS advising the switch to "total triage" – a system largely based on virtual consultations – as early as mid-March. Health services released extended guidance on remote working for GPs, as well as advice on new methods such as electronic prescriptions. By the end of May, 95% of GPs reported that they were providing remote consultations to patients.

The Coronavirus Act 2020 extended the use of technology in courtrooms, and enabled cases to be heard via a cloud video platform (CVP) from the start of April, with courts, police stations and prisons securely logging into hearings with internet-enabled devices.

"It is fair to say that some public services would have quite literally ground to a halt without the increase of technology there has been in recent months, especially the increase of the remote delivery of services" says Davies. "Technology has been an absolutely critical part of the response."

Huge funding boosts from government combined with the continuous work of IT teams, who worked around the clock at the start of the crisis to switch NHS trusts, schools and courtrooms to remote practices, have avoided the collapse of critical public services. But the IFG report also highlights that government action has at times been poorly targeted and inadequate, with harmful consequences that will need to be mitigated.

Education, for example, has been a major sticking point. With colleges and schools closing for all but the children of key workers and vulnerable children, institutions had to find ways to teach remotely, often through live, online lessons. Inevitably, students from disadvantaged backgrounds found themselves lacking the necessary equipment to keep up with lessons.

The Department for Education pledged £100 million ($130 million) worth of laptops and Wi-Fi routers for some disadvantaged pupils, which took over two months to ship, meaning that children had limited access to online learning for extended periods of time. During lockdown, in fact, wealthier students spent around 75 more minutes a day on educational activities than the least well-off pupils.

It soon emerged that the first deployment of equipment was largely insufficient to meet needs, and a further £27 million ($35 million) was awarded to provide more laptops and devices. The IFG's report, however, found that most school leaders still estimate that equipment is lacking in deprived areas.

"In schools, the government's response has been too little, too late," says Davies. "The government did put money out to provide laptops, but basically not all children who needed one eventually got one, which means that poorer students have spent less time learning."

Although schools are expected to remain open during the UK's second lockdown, Davies estimates that around 20% of children are likely to be learning from home for some period during the winter. Providing additional government funding to children who need devices to learn, instead of allocating an insufficient number of laptops where they are needed the most, will be vital to make sure that inequalities don't increase further.

Similar issues are growing in healthcare. With video consultation being the by-default method at the moment, health professionals are increasingly worried that contact will be lost with patients that cannot afford reliable internet connections, or those for whom English is a second language. It is also unclear whether the needs of some patients, such as those who are autistic or have learning disabilities, can effectively be met remotely.

More investment in IT equipment and training for staff, therefore, is another recommendation that features in the IFG's latest report. The proposal might sound like a stretch, given that billions have already been deployed by government to support the development of new technologies to withstand the crisis. But according to Davies, the hefty bill that is now tied to getting technology right for public services is only the result of years of under-funding.

"The government, to a certain extent, is reaping what previous governments have sown in terms of ongoing under-investment in technology," says Davies. "Looking at how prepared public services were, we found that they would have definitely been in a better place had there been better investment in previous years."

Using technology to deliver better public services is a long-established government promise, which can be traced back through many years. 'Digital by default', in fact, is a main pillar of the digital strategy that was published three years ago, which committed to arm public services with cutting-edge technologies to serve citizens.

The rhetoric, however, has not been matched by practical steps or appropriate funding, and experts agree that interest in digital tools seems to have waned. But whether it is a question of political will or financial incentive, the UK government needs to be ready to ramp up its technology strategy, and soon. It won't take long for the consequences of poorly-implemented policies to creep up again, this time in the form of harmful inequalities.

Join Discussion for: Technology's next big challenge: To be fairer...