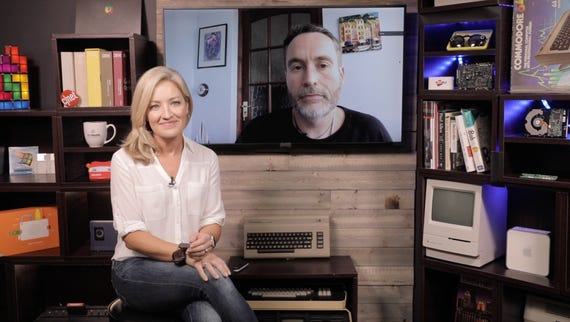 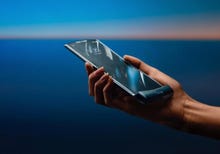 We just saw the announcement of the new Apple iPhone 11 series earlier this week and Apple is sure to sell millions, including people who use the upgrade program to get a new device after just using their phones for a year. Data shows that people are upgrading less often and to help you get a full four years out of your phone, Teracube is launching its Android phone and service on Kickstarter.

I met with Sharad Mittal, founder and CEO of Teracube, to discuss the unique 4-year warranty service he is offering in an attempt to reduce electronic waste. This warranty promise doesn't just cover breakage but includes significant battery degradation and even severe slowdown due to performance issues. Teracube plans to have local support service, with an advanced exchange option, to service any phones that need service and ensure buyers have a working phone at all times.

Also: Apple iPhone XS vs iPhone 11 Pro: Is it worth the upgrade?

While I did not get a chance to test out and challenge the warranty process in a couple of weeks, I did have the opportunity to test out a prototype Teracube phone. The Kickstarter launches today with prices ranging from $175 (first 100 units) to $299 (Kickstarter special) with an MSRP of $349. The phone is very close to being finished with the software reported to be at greater than 90% complete. Kickstarter backers should expect their phones in early 2020.

The Teracube phone feels like a mix between an iPhone X and a Google Pixel with a Gorilla glass back and central rear fingerprint sensor. The display is bright and crisp and looks great for a low-cost Android phone. There is a small central notch for the front camera and headset speaker with a status bar appearing next to the notch.

There are very narrow top and side bezels with just a bit taller bottom bezel. The headphone jack and a mic opening are on the top with the USB-C port and mono speaker on the bottom. We still see MicroUSB on some low-cost Android phones so it is nice to see Teracube using a modern USB-C port here.

A red power button is on the right side that looks great next to the black aluminum sides. A quick double-press of the button launches the camera, which is always a handy feature to have.

The dual SIM/microSD tray is on the upper left with two distinct volume buttons a bit lower down the left side.

On the back, we have the dual camera protrusion running across the top with the flash next to it. A central capacitive fingerprint sensor is located on the upper center, in a perfect spot to rest your index finger as you pull the phone out to use it. The Teracube name and logo are present down near the center bottom with the words, "Design in Washington. Assembled in China." As a resident of Washington State, this is pretty cool to have on the phone.

Teracube is also including a clear soft silicone case in the package to help you hold onto this rather slippery glass device. It fits very well and improves your ability to hold the phone.

Teracube offers a stock Android experience, similar to what you find from Google or Motorola. Just the basic Google apps are present and since it will be sold as a GSM unlocked phone there is no carrier bloatware included.

The only device-specific app is the camera app and at this time that is the one app that still needs a bit of work. The various settings are accessed by tapping an icon in the upper left and then a gear icon in the center bottom. It's not intuitive, but everything is there to help you take photos and videos. The dual camera bokeh effect is called stereo mode in the current software and provides you with a slider to vary the blur level.

The phone will launch with Android 9, but Android 10 will come in a future update after launch.

I spent more than a week with a prototype unit and it performed well in my typical usage that includes phone calls, messaging, email, social network use, banking, taking photos, reading news, and navigating. To see how well the MediaTek processor could handle some heavier loads, I installed and played Need for Speed No Limit on the phone.

The game is a huge download, which allowed me to see how WiFi performed and also how RAM management worked after playing the game with other apps previously opened and used. Gameplay was perfect and I didn't see any artifacts or other dropped framerates while driving fast down the various streets.

The phone has a single mono speaker that is very loud but also tends to blow out the sound when the volume is set too high. Thankfully, Teracube still includes a standard 3.5mm headphone jack along with an FM radio so you can catch all of your local sports.

The phone has a nice size to it, a minimal front central notch for the camera and headset speaker, and responsive rear fingerprint scanner. The camera isn't going to win awards for performance, but it works well enough for social media and typical outside shots with good lighting.

Teracube is really about much more than the hardware and its 4-year warranty service remains to be tested. At the low Kickstarter prices, its definitely a phone to consider buying to have for four years and even if you don't use it as your primary phone it is a solid backup.