Tesla and the South Australian government have partnered to demonstrate energy-storage technology by installing the world's largest lithium-ion battery on the Neoen Hornsdale Wind Farm.
Written by Corinne Reichert, Senior Reporter on July 6, 2017 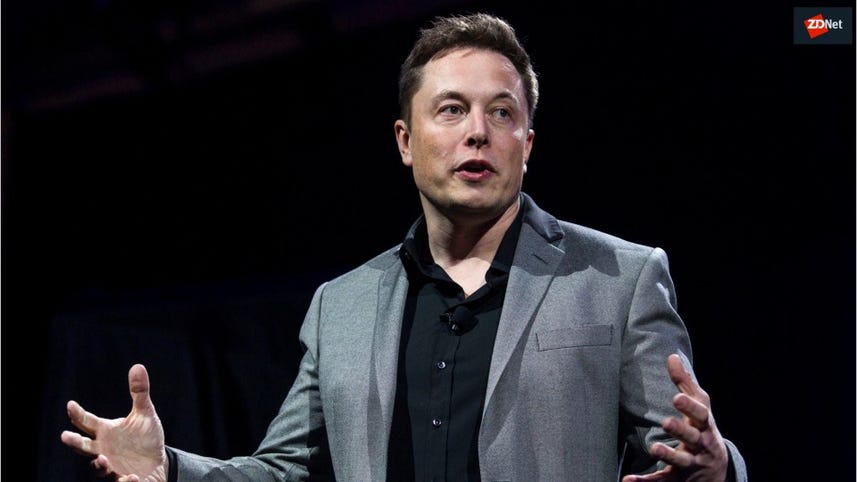 Tesla has announced that it will install the world's largest lithium-ion battery on a wind farm in South Australia under an agreement with the state government and French renewable energy company Neoen.

The Neoen Hornsdale Wind Farm in Jamestown will be paired with Tesla's 100MW/129MWh battery, which will be installed by the end of the year, after Neoen was chosen following a multi-stage procurement process that saw more than 90 expressions of interest.

CEO Elon Musk has guaranteed that Tesla will deliver the battery within 100 days of the grid interconnection agreement being signed with the South Australian government -- otherwise, his company will provide the battery for free.

The battery is expected to provide backup and stability services through energy storage.

"At 100MW and 129MWh, the Hornsdale Power Reserve will become not only the largest renewable generator in the state, but also home to the largest lithium-ion battery in the world, with our company's long-term direct investment in South Australia growing to almost AU$1 billion since 2013," Neoen Deputy CEO Romain Desrousseaux said.

"South Australian customers will be the first to benefit from this technology, which will demonstrate that large-scale battery storage is both possible and, now, commercially viable."

The deal will also see Neoen and Tesla invest in additional South Australian economic outcomes in the future.

"Battery storage is the future of our national energy market, and the eyes of the world will be following our leadership in this space. This historic agreement does more than bring a sustainable energy giant in Telsa to South Australia; it will also have some significant economic spin-offs."

Earlier this year, the South Australian government had said it would be investing AU$550 million on the future of the energy sector after noting a failure in national energy market policies.

At the time, the government said this would include building a 250MW back-up gas power plant and a 100MW grid-connected battery, along with establishing a Renewable Technology Fund to look into funding low-carbon energy advancements.

The state said it would invest an additional AU$500,000 in battery technology over the next two years in order to install battery systems in Adelaide-based businesses to demonstrate energy-storage capabilities.

According to the state government, the SAVCF will provide funding for "local ventures with high growth potential" in an effort to create more jobs and economic growth.

"This fund will turbo-charge venture capital attraction to South Australia, providing a strong incentive for investors to look at opportunities in our state.

"The state government is committed to supporting local entrepreneurs through our extensive support programs for innovation, such as the AU$10 million SA Early Commercialisation Fund and the AU$7.6 million GigCity Adelaide ultra-fast internet."

Last week, South Australian government selected local internet service provider EscapeNet for its Adelaide fibre-optic network that will facilitate speeds of up to 10Gbps across the city.

The Ten Gigabit City Project uses an existing fibre-optic network jointly owned by the state government and universities, and began with a AU$4.7 million allocation in the 2016-17 state budget.

In the South Australian Budget announced earlier this month, AU$2.9 million was set aside over four years to extend the network into new precincts.