A new tech hub and shared workspace planned for the centre of Johannesburg is looking for a $1m investor or group of benefactors to come forward and help produce a software development and hack space for startups.

The amount, 10m rand in local currency, may be modest by international standards, but the vision is grand: to stimulate the growth of a major tech cluster like Silicon Valley in the middle of one of the continent's most notorious neighborhoods.

Many places on the continent already lay claim to the title 'Silicon Savannah'. Tech hubs in Kenya, Rwanda, Nigeria, Uganda and Ethiopia are attracting bright young developers and international investors alike to initiatives which seek to grow tech firms and startups for economic and social growth.

In many countries, cultivating fast growing, high-tech companies and entrepreneurs are viewed as a key part of tackling the jobs crisis. Exact figures are hard to come by, but the UN estimates that youth unemployment on the continent is around 30 percent, and official South African statistics suggest 1.4 million people between the ages of 15 and 24 are unemployed, while jobs are being created across the entire labour force at less than 400,000 a year. 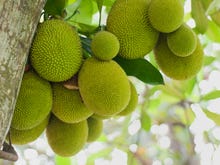 From cute apps to 'show me the money': The changing face of Uganda's young startup scene

Kenya's 'Silicon Savannah' may be getting all the headlines, but Uganda is quietly growing its own startup ecosystem.

"Africa is young," says Tayo Akinyemi, director of AfriLabs, the umbrella organisation for tech hubs on the continent, "and it's young in a way that the creation of formal, full time jobs is not keeping pace with the need.

"Even in terms of if you narrow it down to those who have access to education, it's still not enough. It's important for entrepreneurship to emerge so that young people can feel as though they can create their own opportunities and in turn create growth so they can provide jobs for other people."

Kenya's iHub is the most famous of these hubs, but well over 100 of varying size and scale exist between Cape Town and Cairo.

Despite this, however, Johannesburg and the Gauteng region in South Africa remains the economic powerhouse of the region. Ten percent of sub-Saharan GDP is generated there, and most multinational tech corporations operate from its base.

"It's a shame that the most important city in southern Africa doesn't have a world class tech space," says Prof Barry Dwolatzky if the University of Witswatersrand, which is based in the centre of the city. "Joburg needs and wants a major technology hub, and I think this is it."

'This' is the Tshimologong Precinct: a new development which Dwolatzky wants to turn into a major centre for high tech business acceleration, complete with software training facilities, business development classes and access to 3D printing and hardware prototype facilities.

If anyone has the right to be sceptical about the Johannesburg, it's Dwolatzky. He's head of the Johannesburg Centre for Software Excellence (JCSE), a partnership between the University of the Witswatersrand (colloquially known as Wits) and the City of Joburg, and he's worked in Braamfontein, on the edges of the CBD (central business district), for decades. During that time, he's been attacked and stabbed as he was leaving the office.

But sceptical he's not. Indeed, Dwolatzky may be one of the most optimistic people in the whole region. The genial academic is the driving force behind the Tshimologong — named for the Sotho word for 'new beginnings' — a tech hub which he thinks will have a catalytic effect on the area, and help to accelerate the growth of a new tech capital for the country.

Central Johannesburg, he says, is not what it once was. A confluence of property developers, urban regeneration specialists and investment from the city itself has begun transforming areas of the CBD over recent years into something approaching the cosmopolitan broiling pot for ideas and cultures that it could be.

Such is the rapid pace of gentrification in some areas that accusations bordering on slum clearance are already starting to fly, and a zero tolerance plan by the mayor and police department to clear informal traders from the streets has been heavily criticised. But high quality, cheap property and safe on-street parking has lured back employees for the banks which didn't abandon the CBD in its bleakest years. Even the public transport system is slowly edging towards something that middle class commuters might eventually want to use.

Tech firms are already moving back to the inner city, attracted by cheap (although rapidly rising) prices and a gradually improving public transport system. Two years ago, Thoughtworks set up its first African offices in Braamfontein, specifically because it wanted to be at the centre of the urban rejuvenation projects which were just getting under way.

With support from local software firms, it's helped to kickstart a 'Tech in Braam' movement, organising and hosting events for local coders and chapters of Hacks/Hackers and Black Girls Code. There's a Virgin school for entrepreneurs next door to the Thoughtworks office, and just down the road the Praekelt Foundation, in association with the Omidyar Network and Google, has set up Jozihub, the closest thing to iHub that the city currently has.

Jozihub especially is helping to focus the efforts of local techies, serving as a base for groups that organise TEDx events, open source advocates, and even Bitcoin miners.

Tshimologong, however, will be on a different scale to anything that exists and able to complement other spaces and initiatives with the backing of the influential university. Encouraged by JCSE and Dwolatzky, Wits has acquired a five-building block in Braamfontein just outside of the campus grounds which backs onto a halls of residence. It's close enough to connect to the campus via a fibre link, but far enough away to have its own independent identity.

A group of architects, led by Meshfield, has been called in to help design the space, which will see the old dancefloor converted into a giant shared workspace, and the insalubrious side bars and nooks and corners turned into meeting rooms or hardware labs. The whole thing will be designed with energy efficiency in mind, and Meshfield ultimately would like to have a roof garden connecting the different buildings overhead.

The centre courtyard, complete with large water feature and cafe-style mezzanine, will remain as an event space for hire. 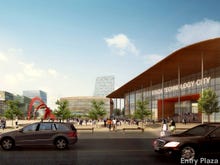 Of the remaining buildings, two will be office spaces — for JCSE and sponsored incubators like Microsoft's App Factory, which has already taken up residence — while the 'bookend buildings' will be spaces for local firms to rent. Dwlatzky is expecting demand from coffee shops and pizzerias.

Work has already begun on the office spaces, but the extra funding is required in order to break ground on the main building before the end of the year. Dwolatzky is offering firms and individuals the chance to buy space on a 'founders plaque' as an incentive, as well as contracts for ongoing use of the space in the future.

While keen not to draw direct comparisons, Dwolatzky cites Kendall Square in Cambridge, Massachusetts as a place of inspiration. Situated just outside of MIT, Kendall Square was supposed to be the headquarters of NASA until the Kennedy assassination and the appointment of a Texan president.

After that development was abandoned, the area sank into disrepute and disrepair until tech firms spotted an opportunity to buy up cheap real estate just outside the campus of the prominent tech university on the continent.

"I would not be so bold as to say I have a strategy for Braamfontein," he says, "but if we can get the right energy and ingredients, which is starting to happen now, the area will move off in that direction and if we can nudge it along a bit..."

Dwolatzky is keen to stress that he doesn't see the precinct as competing against any existing tech spaces in Johannesburg or, indeed, the rest of the continent, and he's not interested in vying for titles of 'tech capital' or the like. Rather, he says, with the backing of Wits and companies already in the South African city, he can help to accelerate and take part in the movement that's already there.

"This is about Wits extending its relationships with its surrounding community," says deputy vice chancellor Prof Rob Moore.

How successful will Tshimologong be? It shouldn't take too long to find out. Dwolatzky has been hatching this plan for a long time, and he's keen to start work on the main building by the end of the year with an eye to opening for business in early 2014. There's just the small matter of 10m rand to find first.