Full Bio
on May 1, 2020 | Topic: Coronavirus: Business and technology in a pandemic 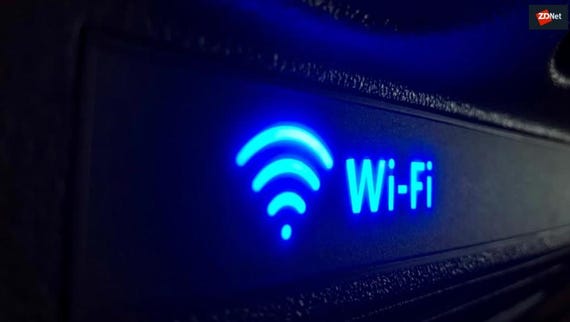 Due to the global pandemic, many people familiar with a managed office Wi-Fi network have been acclimating the vagaries of using bandwidth-intensive applications that contend with other network traffic generated by other people and devices on the home network. Depending on the state of your router and internet access, there may be several levers you can pull to improve your home Wi-Fi experience, including upgrading to a faster tier of access, getting a router that supports a newer Wi-Fi standard, or purchasing a mesh network system that's offered by nearly every major home networking vendor in addition to Google and Amazon. But, at least within the home, all of these solutions must work within the constraints of existing home networking standards.

Also: Slow Wi-Fi? 8 ways to speed up your home office

Recently, though, two wireless networking developments have paved the way to a future in which bandwidth-intensive applications from powerful client devices will have access to far greater spectrum than they ever have, while devices that need very little bandwidth -- but battery life that extends for months -- will be able to tap into an industry-shaping collaboration that will allow unprecedented interoperability.

The first of these is the Wi-Fi 6E. Following a recent ruling by the FCC, Wi-Fi will soon be able to operate in the 6GHz range whereas today's Wi-Fi is limited to the heavily taxed 2.4GHz range and 5.8GHz range. This opens up more spectrum to Wi-Fi than the older two ranges have offered combined. Its impact will be felt particularly strongly once people start gathering again in venues such as conferences and arenas. However, it should also help improve network congestion in the home.

There is a small catch. While new Wi-Fi standards have always required both the access point and client to be upgraded to take full advantage of what they can offer, backward compatibility has always been assumed. That's not necessarily true for 6GHz Wi-Fi, which will require that clients support 802.11ax, aka, Wi-Fi 6 (yes, the similarity of the names is confusing) to connect at all in 6GHz. In practice, though, access point vendors are unlikely to sell equipment that doesn't also include legacy support for traditional frequencies.

While Wi-Fi 6E will take on the demands of streaming high-definition video and large virtual reality files, another effort is being aimed at taking on the numerous standards at play in connected devices in the home and beyond. The Connected Home over IP (CHIP) project attracted attention due to the marketplace power of its founders Apple, Amazon, and Google in addition to the Zigbee low-power mesh networking standard industry group. All of these companies have seen success in furthering their own home networking products and platform standards in the marketplace. However, none has achieved enough dominance to freeze out the other two, thus requiring third parties to choose among them and limit interoperability.

At a recent online event hosted by the Thread Group, another low-power networking effort started in 2014 by Samsung, Qualcomm, Nest, and others, CHIP members compared the ideal to USB in that virtually any computer can print to a USB printer regardless of whether it runs Windows, macOS, or Linux. That is the kind of effortless connectivity for which the group says it is aiming. From a more practical business perspective, though, the companies know that the real key to increasing the number of smart homes is to build the technology into new construction. The best chance for ensuring this is to have a single standard. As one speaker noted, a builder wouldn't build a house today without including AC outlets.

Today, Apple and Amazon are collaborating on a few fronts that notably include Apple's media services on Amazon devices. But as these new standards supplant technologies such as Apple's HomeKit and Google's Weave, we might, for example, see Alexa controlling Google Nest devices or Google Assistant interaction with Ring doorbells that goes beyond the superficial. At a time focused on stepping back and working separating, we can look forward to a day when our home networks are stepping up and working together.

Join Discussion for: The home networks we need today are coming...