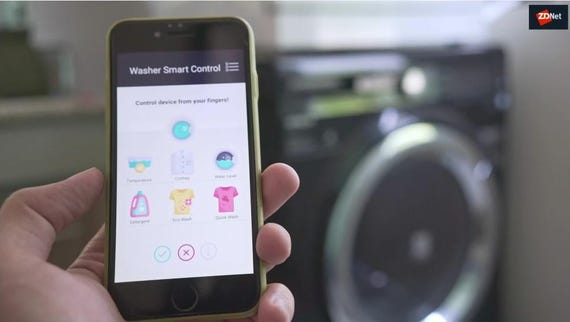 Keeping IoT devices and your laptop on the same network is a risk, says FBI
Watch Now

Internet of Things (IoT) devices have come a long way since David Nichols, a Carnegie Mellon University graduate student, hooked up a Coke machine to the school's intranet. One thing hasn't changed, though: The network standards behind IoT have been a bit of a confusing, incompatible mess. What works with one family of devices is total gibberish to another. Now, Amazon, Apple, Google, and the Zigbee Alliance are working on an open-source network standard to make life easier for IoT hardware vendors and software developers: Connected Home over IP.

This is an interesting development for several reasons. First, Amazon, Apple, and Google own the smart home device market. Amazon's Alexa and Google Home have become household names. While Apple's Siri lags behind them, it still has Apple's sizable fan community as a large, potentially profitable audience. That these three would agree to work on a common standard is remarkable.

The second reason is the ZigBee Alliance -- which has a long IoT history -- already has its own standard. This is the ZigBee IEEE's 802.15.4. It uses the 2.4GHz band and supports a self-healing mesh network.

We need this network standard. As my colleague Jason Perlow recently observed, our "IoT devices are doomed" without a common IoT communication and control standard. Connected Home can be a step to this goal.

The group is trying to find open-source common ground for their network standard. It's the same story that has made open-source software the success story of the 2010s. By using open source to share the workload of making smart home devices secure, reliable, and seamless to use, all its supporters will get a larger market for their devices and services.

Specifically, Connected Home is building on the Internet Protocol (IP). It will "enable communication across smart home devices, mobile apps, and cloud services and to define a specific set of IP-based networking technologies for device certification."

To create this new, unified connectivity protocol, it won't be reinventing the wheel. Instead, it'll be building on their existing smart home technologies. This, in turn, will make it easier for device manufacturers and developers to build devices that are compatible with existing smart device services such as Amazon's Alexa, Apple's Siri, and Google's Assistant. For users, this will mean they can buy devices from different vendors and be sure they'll work and play well together.

Although the organizations involved in this don't spell it out, if successful, this should help make home IoT devices more secure. Given what a mess IoT security is -- see, for example, Amazon Ring's most recent security snafus -- anything that might improve IoT security is a good thing.