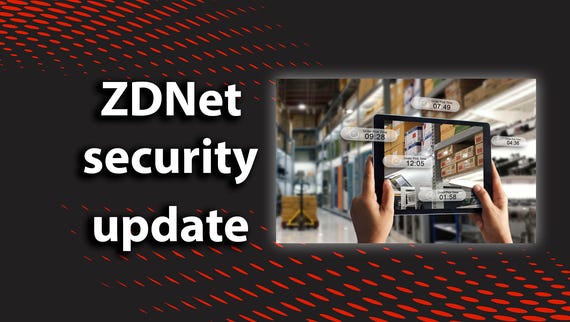 Cyberattacks targeting critical national infrastructure and other organisations could be stopped before they have any impact if the teams responsible for the security had a better understanding of their own networks.

That might sound like obvious advice, but in many cases, cyber-criminal and nation-state hackers have broken into corporate networks and remained there for a long time without being detected.

Some of these campaigns involve intrusions into critical infrastructure where malicious hackers could do damage that could have serious consequences.

But hackers have only been able to get into such as strong position because those responsible for defending networks don't always have a full grasp on what they're managing.

"That's what people often misunderstand about attacks – they don't happen at the speed of light, it often takes months or years to get the right level of access in a network and ultimately to be able to push the trigger and cause a destructive act," says Dmitri Alperovitch, executive chairman at Silverado Policy Accelerator and co-founder and former CTO of CrowdStrike.

That means deep knowledge of your network and being able to detect any suspicious or unexpected behaviour can go a long way to detecting and stopping intrusions.

"Defence can work if you have time. If you're looking inside your systems, hunting for adversaries and applying intelligence, you're able to discover them even if they get in, before they do any damage," Alperovitch adds.

Knowing what's on the network has become even more crucial in recent years, as industrial environments have become increasingly connected with Internet of Things sensors and monitors.

The devices are useful to infrastructure providers because they allow better monitoring of systems for efficiency, maintenance and repair, but if not properly managed, they could be weak points for attackers to access the network.

"We need to be pro-actively testing," says Annessa McKenzie, VP of IT and CSO at Calpine, an American power generation company.

"We need to grow more of that capability to go in with that confidence so that before there's a breach, we at least have a basic understanding of this environment," McKenzie explains. "Because when we go in completely blind, what should take days to respond takes weeks, sometimes months – and we never really understand what happened."

Organisations should also try to think like hackers; by thinking about the network and how an attack could exploit it, security teams could uncover unexpected means that hackers could use to exploit the network.

"A lot of companies put in segmentation, monitoring, anti-virus – they're not bad things – but I think too little focuses on what the attack is going to look like," says Robert Lee, CEO and co-founder, Dragos, the industrial security provider that hosted the online discussion on securing critical infrastructure.

"Let's work backwards. What kind of response do we want to have? Do we want to get the plant back up and running? Then we're going to have to understand root cause analysis".

By examining the network like this, Lee says, organisations responsible for industrial control systems can understand the requirements the network needs to ensure security – and by doing this, those responsible for critical infrastructure can help everyone by detailing what they find to the government.

"The ICS community has the ability to look at this backwards and educate the government on what that's going to look like. That's when the government can be impactful," Lee adds.

With the right tools and expertise available, government intervention could help boost cybersecurity across critical infrastructure by providing an environment for organisations to share information about attacks and best practices for protecting networks.

"They could create a platform for companies to come together and exchange best practices and assistance and maybe even host some sort of joint public private response capability. That would help propel things along," says Michael Chertoff, former United States Secretary of Homeland Security and co-founder and executive chairman of The Chertoff Group, a security and risk advisory firm.

He also suggests that liability for security shouldn't just lie with infrastructure providers and other organisations, but the companies that build the specialist systems and connected parts used in these environments should also hold some responsibility if they're found to be inherently insecure or vulnerable to cyberattacks.

"Right now, one of the arguments for manufacturers is 'it isn't our problem, we just give you the stuff, it's on you'," Chertoff says.

Through a combination of this and a good knowledge about what the network looks like, infrastructure and utilities providers in particular can go a long way to preventing themselves from falling foul of hacking campaigns and cyberattacks. But in many cases, there's a long way to go before this is the case.

"The greatest advantage defenders have is if they know their environment better than an adversary – that's not always true, unfortunately if the right tools and capabilities aren't in the organisation," says Alperovitch.

"But if they do, that's when they have the high ground and detect an adversary and eject them before any damage is done".

Join Discussion for: The key to stopping cyberattacks? Understanding...