Western Europe may be struggling with a shortage of developers, but Romania's unique technology history means it has no such worries.

The country currently has more than 64,000 certified IT professionals, according to Gartner, and plays host to large offices of companies including Oracle, Microsoft, IBM, Bitdefender, and Vodafone.

It may be the second poorest country in the European Union, but Romania is leading Europe in technology workers per capita, and ranks sixth in the world. 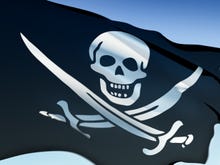 Poland in no rush to keelhaul its pirates, even after Dutch download ban After a ruling from the EU Court of Justice signalled countries shouldn't take a tolerate attitude to copyright infringement, Poland is in no hurry to tackle illegal downloading.

The language skills of its IT workers and the low cost of its technology services are the biggest selling points for the country's technology industry, research company Gartner reports.

However, its mix of technology savvy and poverty means that software piracy is rife in the country. Last year, 62 percent of the PCs in Romania ran illegal software, according to IDC — a figure which hasn't changed in the past two years.

Romania's piracy rate is twice that of the EU average, where illegal software is used on 31 percent of machines, and 50 percent higher than the global average of 43 percent.

"In 2007, it was 68 percent, so we have had a six percent drop in the last six years," says Magda Popescu, outside counsel for the anti-piracy Business Software Alliance (BSA). "Nevertheless, in 1996, the year when the new copyright law was adopted [including provisions applying to software], inspired by the EU and international laws, the software piracy rates in Romania reached 86 percent."

A culture created by the hackers of the 90s

With the 1989 revolution, the country became free after decades of communism, and it citizens suddenly gained access to foreign technology they had never dreamt of using before. A software market was bound to emerge.

However, legislation protecting intellectual property was scarce before 1996, and the country's software market developed to become one where anyone could buy, use, or even sell any computer program they could get their hands on.

"Software piracy for educational purposes created a collective knowledge about coding, algorithms, and everything that derives from that. Some [users] later chose to go for a paid version of the software, while others such as myself opted for open source," Moldovanu says.

Back in the 1990s, the first pirated operating system was MS-DOS. Then came OS/2, and later Windows.

"In Romania, Windows appeared from the very early beta versions, via Russia, within two days after the official release," Moldovanu says.

"It never occurred to us that we were stealing. We only wanted to learn. At first, it was a culture of sharing; nobody made money out of it. Technically, we did free beta testing, and when we encountered a bug, we emailed the company."

Only several years later, when inflation skyrocketed in Romania to hit a maximum of 151 percent in 1997, did people begin to sell pirated software.

In downtown Bucharest's University Square, stalls sprang up covered in CDs for sale. For a fraction of the official retail price, shoppers could easily buy any of the latest software packages, interactive language courses, or even games on CD-Rom with a home-printed cover.

The technology skills developed in those early days were put to work in more than just local Romanian businesses.

"We recruit for companies outside Romania candidates willing to relocate abroad and for foreign companies who want to open bureaus in the country," says Maria Hostiuc, senior IT&C recruitment consultant at Brainspotting, a Romanian technology recruiter.

"Romanian developers prefer to move to the United Kingdom, Ireland, Belgium, Germany and Malta. Moreover, outsourcing companies have grown visibly in the past couple of years."

However, what once may have been considered a plus is now anything but. More and more software companies are opening offices in Romania, and local developers end up experiencing on a personal level the effects of piracy — sometimes their own code ends up being distributed through unofficial channels.

The value of pirate software in Romania reached $208m last year, according to the BSA.

"The main obstacle we encounter is the mentality. Intellectual property needs to be respected the same way we respect physical property," Popescu says.

A report posted on the alliance's website claims that a one percent rise in sales of legal software would mean an extra $108m for the Romanian economy.

The anti-piracy campaign is now being fought on several fronts. The BSA is working with the Romanian police to reduce the piracy, while a number of companies have run information campaigns talking about the dangers of using illegal copies of software.

Romanian police have also been teaming up with software companies to try to restrain software piracy, leading to news reports on the country's TV stations showing piles of pirate CDs being run over by bulldozers.

The police are mainly targeting the business sector, with one notable case this year this year involving a company in Galati, 240km north-east of Bucharest, which was using illegal software worth more than €1m.

"Companies who use pirate software affect both the software industry and the Romanian state," the Bureau of Fraud Investigation says in a statement to ZDNet.

During the first eight months of last year, the Romanian Police together with the BSA conducted a total of 587 software assessments — essentially looking for pirate software in use in businesses — half of which resulted in lawsuits.

Apart from joint action with the police, members of the BSA are running their own education campaigns. Microsoft's Romanian arm, for instance, starts its messaging very early, talking to hundreds of children and teenagers in schools about the benefits of legal software.

How expensive is software in Romania?

Educating future users about piracy is one thing, making sure legal software is affordable is another. Romanians that want to buy a legal version of Windows 8.1, for example, would have to spend a third of their monthly pay — the software costs the equivalent of €112.45, while Romania's average monthly salary was less than €380 in June this year, according to the National Institute of Statistics in Romania.

For UK or US consumers, buying a software licence won't jeopardise the family's budget. In the UK, Windows 8.1 costs £99.99 and the average salary exceeds £2,200 a month, while in the US, Windows 8.1 is priced at $119.99 compared to a salary of $4,250; in both cases, shoppers need only spend a small percentage of their salary for their slice of legitimate software.

Join Discussion for: The mix of poverty and piracy that turned...