The new 2020 iPhone SE: It's a game-changer, but should you upgrade?

Well, this changes everything. This is going to be the iPhone that makes everyone who doesn’t have an iPhone buy an iPhone.
Written by David Gewirtz, Distinguished Lecturer on April 20, 2020 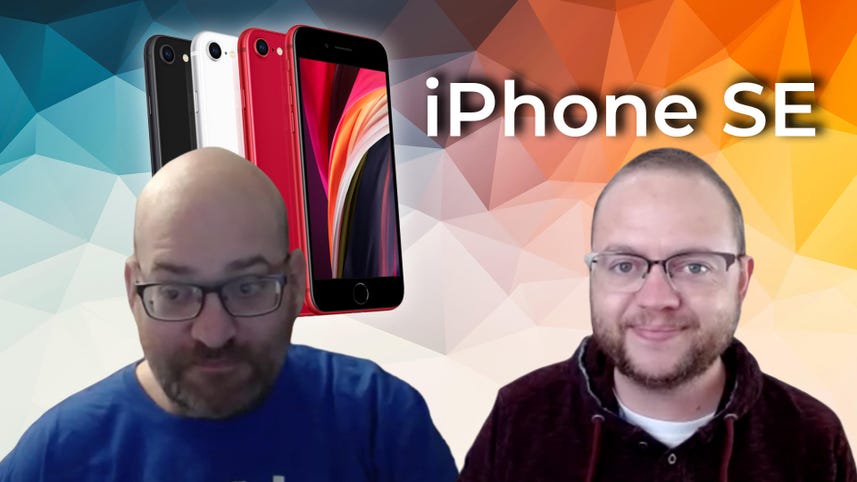 I initially snoozed through the announcement of the new SE. It's an iPhone SE, but it's not as small as the previous iPhone SE. And, yeah, at $399, it's relatively cheap. OK. Fine. Spec bump. Yawn.

But, then... I thought about the price/performance implications of this model.

Here's the TL;DR of this whole piece: This is the iPhone most people should buy. Period. Full stop. That's it. This is the mainstream iPhone. It's perfect for almost everyone but power buyers.

It completely changes the calculus of buying an iPhone.

A taxonomy of iPhone users

You can classify iPhone users in lots of different ways. For our purposes, let's break down iPhone consumers into three broad categories.

Our first category is what I'll call power iPhone users. This is the group of users that tech columnists usually write for because we fit into that category. These are folks who fully-equip their phones, have hundreds of apps, need every pixel of resolution because they're doing full spreadsheets on their phones, might actually film and edit a full video on their phones, and so on. To power users, an iPhone must be nothing less than a fully functional pocket laptop computer.

The second category is the camera people. These are people for whom camera performance is essential. They're a bit different from power users in that the camera people care a lot about taking great pictures and video, but aren't trying to turn their iPhones into pocket laptops. While many of these folks are likely to own a DSLR, many of them have made the iPhone their primary camera, and care a lot about portrait mode, telephoto, wide-angle, and capturing both high-quality stills and video.

The third category is everyone else. For every die-hard camera person or power user, there are probably between 10 and a thousand everyone elses. These are the folks who post on Facebook, play games, send texts, take snapshots, use the GPS, and even make phone calls. They're happy if they have a good phone, but discussions of camera modes and video resolutions will make their eyes glaze over.

The new iPhone SE is for these folks. It's the Everyone Else phone.

When the first generation iPhone SE came out in 2016, it started at $399 -- the same price as the new 2020 iPhone SE. The iPhone 8, which will loom large in this article, was introduced in 2017 with a base price of $699 As you can see, today's iPhone pricing goes up incrementally based on model, until you get to the iPhone 11 Pro. Then it takes a jump. That's because of the substantially higher-quality display and more powerful cameras.

We'll come back to cameras in a minute, but first, let's look at the fundamental characteristics of the iPhone models.

The 2020 iPhone SE is a processor-bumped iPhone 8

Let's be clear. The 2020 iPhone SE is not a radically new model.

When the original iPhone SE came out, the big story was its small size. At 4 inches, it's the most powerful iPhone of its size. And while the price was important for the SE, the biggest draw was its size. There are people who have smaller hands or smaller pockets and want a small phone. For those people, the iPhone SE was an ideal option. It was also a new design, fitting what was essentially an iPhone 6s into a tiny case.

As you can see in the table below, the new iPhone SE is the same size as the iPhone 8. While 0.7 inches doesn't seem like much, it's still about one finger width. That could be enough to make the newer iPhone SE a little big for smaller hands, although it's still smaller than all the other currently-shipping iPhone models.

More to the point, with the exception of its processor, the 2020 iPhone SE shares nearly all of the characteristics of the iPhone 8. It's the same size, the same resolution, the same cameras, the same Touch ID, and at 5.2 ounces, it's even the same weight.

The camera is unchanged from the iPhone 8

In the camera table below, you can see the new iPhone SE has the same camera specs as the iPhone 8. The big jump in camera spec and function comes when you get to the iPhone 11 models.

For fans of Touch ID

I'm a big fan of Touch ID and I'm still pretty dubious about Face ID. I also like the Home button. Swiping never feels quite as affirmatively accurate as hitting a big button on the bottom of the phone.

Here, too, the new SE mimics the iPhone 8. It has Touch ID (a necessity since it doesn't have the front-facing camera quality needed for Face ID). You can see how the models fare in the following table.

The fact is, if you're buying an iPhone for its color, this isn't the article for you. Just pick the color you want and buy your phone. But since most of us use our iPhones in cases anyway, why worry about color? I honestly have no idea the color of my iPhone. I haven't taken it out of its case in that long.

The short answer is, that depends. Mostly, it depends on where you're upgrading from.

If you currently have an iPhone X-series: All the iPhone X series will be larger than the 2020 iPhone SE. They will have higher-quality cameras and higher-quality displays. They will also have Face ID. The only two reasons I see to go from an iPhone X-series to an iPhone SE is if you want the newer generation A13 Bionic processor or you miss Touch ID. You're not going to see that much performance gain from the A12 to the A13, so really, the only reason to buy the new SE is for Touch ID.

If you currently have an iPhone 11-series: Once again, if you miss Touch ID, the new iPhone SE is an option. But you'll be sacrificing a lot, and it's probably not a smart choice.

If you have an iPhone 8: Make no mistake about it. The new SE 2020 is an iPhone 8 upgrade. It's two processor generations later, plus the camera supports portrait mode and portrait lighting. You can also get a 256GB model, which was unavailable for the iPhone 8. Your usage experience won't differ greatly, but it is two years newer.

If you have an iPhone 7 and earlier: The new SE 2020 is a helluva jump for earlier iPhone users who don't want to spend a lot of cash. The speed bump will be what you notice the most. Be aware that if you upgrade from iPhone 6S or earlier, you will lose the headphone jack.

If you have a 2016 iPhone SE: Think hard on this. You probably bought the iPhone SE because of its size. The newer SE is only 0.7 inches larger, but that's actually quite noticeable in your hand. From a performance point of view, it's a nice boost. But from a hand-feel point of view, you probably would have bought a larger iPhone if you wanted a larger iPhone. And yeah, you lose the headphone jack.

Also, and this is important: if you have an iPhone 7 or earlier (and that includes the original iPhone SE), you're unlikely to be able to upgrade to the next iOS version when it comes out in September. If you can, you definitely won't in September 2021. So you'll probably need a new phone pretty soon anyway. The new SE is a good choice.

Starting today, if anyone asks me what smartphone to buy, I'm going to recommend the base model 2020 iPhone SE. At $399, it's a better price with better specs than many of the Android phones on the market, at least from credible, name-brand manufacturers. The base 64GB model provides enough storage for all but the most avid video users, performance is excellent, the screen is better than most on the market, and the price can't be beat.

See also: The next-gen iPhone SE is an iPhone without the pointless, overpriced gimmicks

As I said before, unless you're a camera-focused person or a power user, the 2020 iPhone SE is your best bet. There is no doubt this will be a top seller in terms of unit sales for Apple.

This is exactly how Apple should spec-bump a product. Compared to the iPhone 8, it's better, faster, newer, and considerably less expensive. The only mistake Apple made with this new SE is not simply naming it "iPhone."

Apple is accepting pre-orders now. Although shipments were expected to begin on April 24, they appear to be slipping to early May.

What about you? Do you intend to buy the iPhone SE 2020? What are your thoughts? Let us know in the comments below.

Smart Watches
How to hide apps on your iPhone