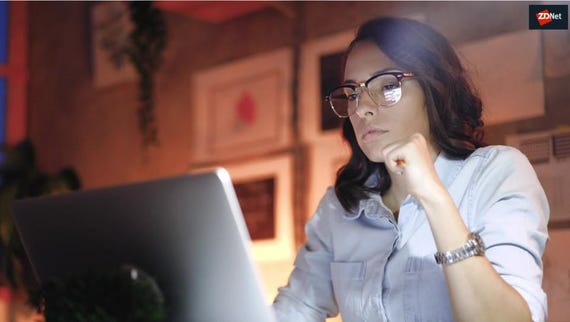 The events of the past year have propelled sales of laptops, delivering growth that hasn't been seen for quite some time. And that growth will continue through next year, if not at the unusual pace seen in 2020, according to analysts.

Analyst firm Canalys is predicting annual year-on-year growth of 1.4% in the PC market but growth of just 0.2 percentage points between 2020 and 2024. This comes off the back of a big year for the PC which has found growth hard amid a decade of booming smartphone sales. The pandemic changed the equation for spending on hardware with people forced to work from home and wanting to have decent devices rather than just something that kept them connected while commuting.

The prediction from Canalys for the PC market comes as Apple begins its shift away from Intel and forges ahead with its Arm-based M-series processors, which offer longer battery life at the same or better speeds than Intel.

The four key trends that analysts at Canalys reckon will drive PC market growth in 2021 and beyond include remote working, digital learning, device as a service and the more vague category of "emerging use cases", according to Rushabh Doshi, a research director at Canalys.

"As vaccines start to roll out and we enter a post-COVID world, behavioural changes among both businesses and consumers will place greater emphasis on PC use, leading to a host of new opportunities not just in hardware, but also in software and services," Doshi said.

Next year, security and connectivity will remain critical as organizations in the private and public sectors formalize remote- and flexible-working policies. Security is, for example, what Microsoft and Intel are betting on with Microsoft's forthcoming Pluton processor for storing passwords.

"PCs with stronger security standards will be integral to future solutions and will be expected from vendors and channel partners, especially in industries such as financial services and the public sector," said Doshi.

The main categories Canalys expects to grow in the next few years are notebooks and tablets. It's predicting shipments of 249 million in 2021, up by just under 5 million from 2020's projected shipments. The analyst firm is projecting annual growth between 2019 and 2020 of 27.9%. Tablet shipments are expected to grow about 26.5 percentage points over the same period.

Again, because of remote working, sales of desktops are expected to decline by 23.1% year on year between 2019 and 2020. However, Canalys predicts desktop sales will show 2.4% compound annual growth rate between 2020 and 2024.

Analyst firm IDC recently noted that PC sales grew 19.7% year over year to 130.4 million units in the third quarter of 2020.

Join Discussion for: The next big thing in PCs: Extra-secure laptops...