Google Glass has generated more excitement in the tech industry than any product since the Apple iPad in 2010. But, before we crown it as an industry revolutionizer, let's not forget that Google Glass still doesn’t have a clear response to the one big question that all revolutionary products must answer:

How does it make my life better?

Every game-changing product innovation over the past three decades had a very simple answer to that question. For example, the iPhone gave you the Internet in your pocket. The BlackBerry gave you email on your phone. The Macintosh (and later Windows) gave you a computer you could use without typing in computer codes. 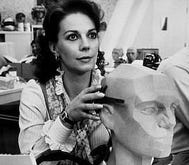 Those were game changers. They made big promises, and they delivered.

What's the big promise with Google Glass? We still don’t have a good answer.

When Google talks about Glass it's totally focused on what it's like to experience information in a new way. The benefits are all implied. The only real improvement over the smartphone that you've already got in your pocket is that Glass can take photos and videos and share them a little bit faster. Pitching that as a futuristic experience doesn't make it any more useful. And, the current Glass camera is a step down from most smartphones.

I read Robert Scoble's 1,000-word Google+ post on how Glass has changed his life, which led him to proclaim that "I will never live a day of my life from now on without it." But, even after reading, I still didn't find any big promises for how Google Glass will make my life better. The stuff Scoble mentioned were all things that most smartphones can already do. Glass is a slightly new way to view information but it doesn't introduce any new capabilities. It doesn't make anything significantly better.

If you want further evidence that there's not a whole lot going on underneath the Google Glass hype, then all you have to do is look at the coverage from the tech press last week as Google put Glass into the hands of tech journalists. Most of the tech journalists spent a lot more time taking wonderfully narcissistic photos of themselves wearing Glass than they did telling us about how Glass was going to impact the lives of everyday people. And, while that is further proof that technology is integrating ever deeper with fashion, it's also a telling sign of how little Glass can actually do.

The most succinct compliment of what Glass has to offer came from my CNET colleague Lindsey Turrentine, who aptly called it "a handy monitor for my cell phone."

That's interesting, but not much of a game-changer.

In fact, it sounds like something that makes your technology experience more complicated rather than making it simpler. It's another device that you have manage. The functions of Glass overlap with the technologies that you're already carrying. And, with roughly 3-4 hours of battery life, it's another thing you have to jockey for a power charge.

That's too complicated. Today's winning technologies are the ones that make things simpler for our over-complicated lives. For example, Google Now automatically gives us uncanny reminders without us having to set up anything. The smartphone itself is a device that simplified our lives by typically replacing at least five or six other devices—iPod, cellphone, camera, GPS, notebook, etc. Even apps on smartphones give us a simple and uncluttered way to directly interact with the information and services that are most important to us. Simplicity wins.

If the simplicity factor for Google Glass is that it saves me from taking my smartphone out of my pocket, then that's not enough to outweigh the fact that it actually adds another device that I have to carry and forces me to wear glasses.

I'll admit that a big part of what makes Google Glass difficult for people like me and the ones who are most likely to read this article is that most of our technology time involves work. And there aren't many examples I can think of where Google Glass would help someone get more work done.

I'm not saying Google Glass is completely useless. I can think of a number of specialized uses where Glass could offer an improved experience:

However, it's important to remember that those are all specialized activities where Google Glass could provide an improved viewing experience in relatively short bursts. In other words, it's not something you wear all the time. That's a lot different than being an indispensable new product that changes how you live and work in the way that the smartphone and the point-and-click PC have.

Google Glass does not offer one of those life-changing promises. Without that, we can't expect it to be the next big thing. At best, right now it looks like it's going to be an expensive smartphone accessory.