The problem with graphene is too much silicon: RMIT

Graphene has not become the next big thing because of silicon impurities holding it back, RMIT researchers have said.
Written by Chris Duckett on Nov. 29, 2018 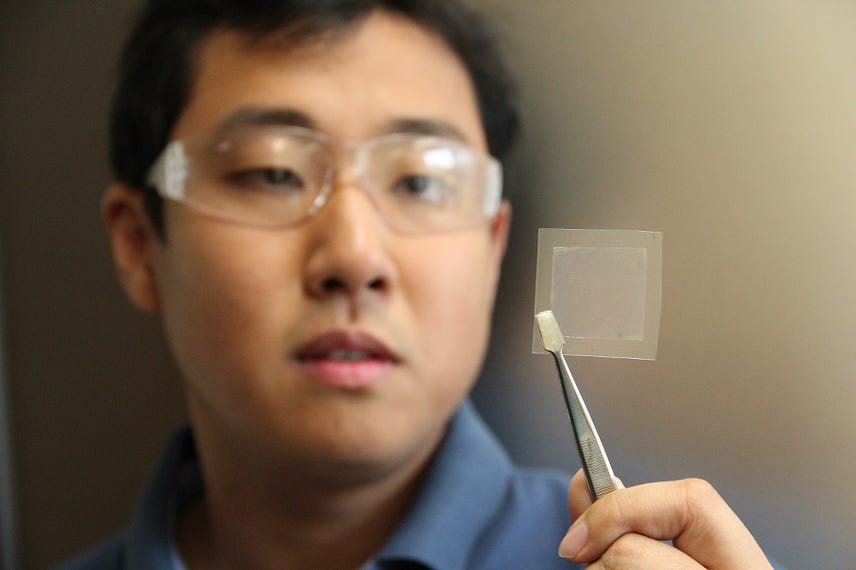 Researchers from RMIT have fingered silicon as the reason why graphene has not become the next big thing in electronics.

The team led by Dr Dorna Esrafilzadeh and Dr Rouhollah Ali Jalili looked at a number of commercial graphene samples with a scanning transition electron microscope and found high levels of silicon contamination, which the team said led to degraded performance of up to 50 percent.

"We believe this contamination is at the heart of many seemingly inconsistent reports on the properties of graphene and perhaps many other atomically thin two-dimensional materials," Esrafilzadeh said.

"Graphene was billed as being transformative, but has so far failed to make a significant commercial impact, as have some similar 2D nanomaterials. Now we know why it has not been performing as promised, and what needs to be done to harness its full potential."

The team said the 2D nature of graphene allowed for easy surface contamination, and showed the importance of maintaining graphene purity.

Under testing, pure graphene performed "extraordinarily well" in a supercapacitator, and had the "highest sensitivity and the lowest limit of detection ever reported" when used as a humidity sensor.

"When tested, the device's capacity to hold electrical charge was massive," RMIT said.

"In fact, it was the biggest capacity so far recorded for graphene and within sight of the material's predicted theoretical capacity."

The team's research has been published in Nature.

Earlier this year, Catalan startup Earthdas created a graphene battery for electric bikes and motorcycles that the company claims can charge in five minutes.

"Our unique technology is expected to reduce the cost of graphene production and improve the uptake in new applications."

According to the CSIRO, the GraphAir process transforms soybean oil into graphene films in one single step. Using heat, soybean oil breaks down into a range of carbon building units that are essential for the synthesis of graphene, the CSIRO explained.

Graphene tech: What if five minutes were enough to charge your battery?

Samsung Advanced Institute of Technology (SAIT) has synthesized a 'graphene ball' that can be used to make lithium-ion batteries charge five times faster.