IT leaders see the shortage of talent as the biggest barrier to adoption for two-thirds of emerging technologies. That's coming in the way of organizations' digital transformations.
Written by Daphne Leprince-Ringuet on Sept. 13, 2021 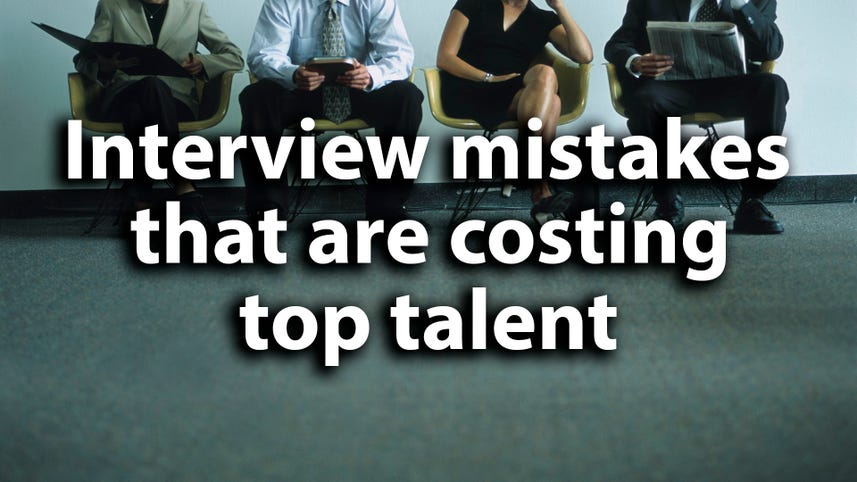 The shortage of tech talent that businesses are facing isn't only about developers and data scientists: companies are struggling to hire workers across the IT sector as a whole, ranging from computing infrastructure to security.

According to a new report from analyst Gartner, businesses think that talent shortage is the biggest barrier to the adoption of 64% of new technologies. This means that in the majority of cases, IT leaders who want to deploy a new tool to boost business outcomes anticipate that the lack of suitable workers to implement the technology will be problematic at some point.

Talent availability even overtook implementation costs or security risks as a top barrier to deploying a new technology.

The issue is particularly prevalent when it comes to adopting IT automation technologies: in 75% of cases, leaders cited talent availability as the main risk factor. But a similar picture comes out across compute infrastructure, platform services, network, security, digital workplace, and storage and database.

Although the shortage of talent in tech often focuses on the lack of developers, Yinuo Geng, a researcher at Gartner who led the survey, argues that this points to an even broader problem within the industry.

"We are looking at technologies that are more about IT infrastructure, networking, cloud or automation," Geng tells ZDNet. "This is technology that forms the foundation, the basis upon which developers then build. And even in those cases, there is a shortage of workers."

Part of the problem can be attributed to a sudden rise in the need for staff that can build and support digital infrastructure in the past 18 months.

The COVID-19 pandemic has forced business leaders to radically re-think old ways of working, and in most cases has led to organizations kick-starting digital transformation programs. As countries introduced strict lockdown rules, for example, companies had to switch to remote working, which created a strong need for IT infrastructure that could support a fully virtual workforce.

Even as the pandemic eases, businesses are now carrying over their digital transformation plans. Gartner's survey shows that 58% of IT leaders reported either an increase or a plan to increase emerging technology investment through 2021.

Unsurprisingly, in the context of a global health crisis, much of the focus remains on improving resilience: 63% of respondents in the survey cited resilience as a primary investment driver.

But business leaders are also investing in multi-cloud and hybrid-cloud technologies to better support the movement of information between physical and virtual locations as their employees adopt new ways of working.

This in turn is creating a heightened need for infrastructure security, since hybrid work environments are particularly prone to cyberattacks. Between 2020 and 2021, the number of security technologies in deployment rose from 15% to 84% of the technologies evaluated by Gartner; and even a year and a half after the start of the pandemic, the research firm found that 64% of IT leaders still report that they have either increased or are planning to increase investments in security technologies.

These business transformations require more qualified staff -- and it is dawning upon IT leaders that this staff is not available. "Talent availability is the primary risk factor," says Geng. "IT leaders are recognizing that the shift to remote work that started last years is exacerbating the availability of talent."

To make things worse, the huge rise in demand for tech employees has come at a time when there was already a shortage of skills in the workforce.

"The survey indicates the continuation of a trend we have been seeing for the past few years," says Geng. "There has been a shift of skills, with a focus on cloud skills or automation skills, and those are particular skills we are seeing scarcity in."

Reports abound that highlight the lack of basic skills that are required in the digital age. Research carried out by IDC and Salesforce found that one in six UK workers have either low or no digital skills, while Pluralsight reported that since 2020, remote employees lacked skills involving cloud computing, cybersecurity and data storage in their daily routines.

"We've been tracking both trends in emerging technologies adoption and trends in skills for the last few years, so it's an interesting point this year where we see a confluence of the fact that the skills gap that we have been noticing has become exacerbated enough that it's really a concern for technology adoption itself," says Geng.

The consequence is that companies are failing to adopt new technologies, or are slower in doing so: Gartner found that of all the IT automation technologies profiled in the survey, only 20% have moved ahead in the adoption cycle since 2020, which Geng links directly to the issue of talent.

And the analyst argues that those who are unable to secure the appropriate talent will soon find themselves unable to compete against businesses that move faster and deploy new technologies that will improve their outcomes.

See also: Innovation is hard. Here are five ways to make it easier

Geng recommends that IT leaders get better at formalizing the issue, in the form of strategic talent plans that anticipate changes in labor supply and demand to manage the skills gap.

"In many cases, what happens is you back-fill some roles," says Geng. "And we're seeing organizations that are more successful in that area doing forward-filling. They think about where they are going and, therefore, create a plan to see how to develop staff and hire the right people to get there."

Equally as important as hiring for new roles will be up-skilling the existing workforce, both with technical capabilities and competencies like learning agility or collaboration. This will equip IT teams with the ability to continuously develop and take up new capabilities, argues Geng, while also providing an opportunity for employees to hone their skills and prepare themselves for the future.