The smartphone still has a shapeshifting future

While the latest round of folding flip phones have done little to show the technology's promise, new designs show off its potential.
Written by Ross Rubin, Contributing Writer on March 20, 2020 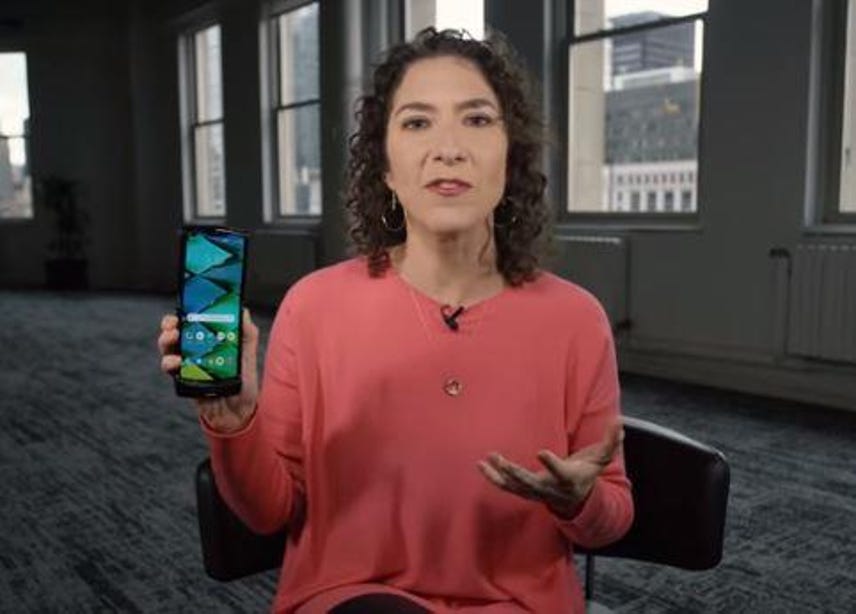 When considered in the context of a years-long push into the boundaries of a pocket-sized device, recent flip smartphones seem like aberrations. With the latest folding products from Motorola and Samsung, those two brands reached back into their legacy to battle over whether the ghost of Razr was enough to steal the thunder from a dominant competitor.

As ZDNet's Matthew Miller observed, neither does much to enhance productivity versus a standard smartphone (although either could be useful if it comes down to a choice between it and taking along no phone at all), and neither did much to enhance the reputation of folding phones as a fragile and immature technology.

But these are temporary distractions; the goal remains alluring. As smartphone processing power continues to leap forward, it's natural to want to complement that power with the large screens to which we are accustomed to laptops. The iPad is the best representation of that ideal today, but why would one choose in a world where one device can provide the benefits of both a smartphone and a tablet on the fly?

While the first Galaxy Fold offered an incremental increase in screen area, TCL recently showed off a number of prototypes that show the greater potential of flexible displays as it prepares to attack the US smartphone market. One of the most interesting is a tri-fold device that includes both an inward and outward hinge. Fully unfolded, its screen spans 10 inches, making for what is, in theory, a no-compromise tablet experience even though the prototype is thick and heavy due to multiple batteries.

Another intriguing concept is a device is a smartphone with a display that rolls into the device's body. A motor seamlessly expands the display area out for a wider display area. While the motor adds yet another potential failure point beyond a curved display, the design is noteworthy because, unlike folding phones, the extra real estate comes without the tradeoff of double thickness when folded. TCL says these designs are but a few of the many being bandied about in its labs.

Beyond today's observable vulnerability and experience gaps when it comes to folding display hardware, the road ahead faces other challenges. As folding phones expand out to screen sizes approaching tablets, they come to terms with the sad state of Android on larger screens. At the introduction of the Galaxy Fold, Google said that it would be supporting folding displays, but Google has had a notoriously hard time getting developers to go far beyond the basics of smartphone support.

Further out, such smartphones will need to compete against augmented reality glasses that are racing down the price-performance curve. While those products still face an even more imposing set of challenges, they break the fundamental constraint that device size holds on display size. But there is still a lot of runway left for the smartphone to spread its wings.

Razr burn: Motorola needs to flip back after its flawed brand reboot
The modern incarnation of the seminal flip phone makes too many compromises in the name of nostalgia. But the Razr brand could become an asset even as its latest comeback folds.

Forget foldable phones. Large rollable displays are the way to go
Commentary: It sounds ridiculous, but TCL's prototype phone with a slide-out screen has shown me the light.