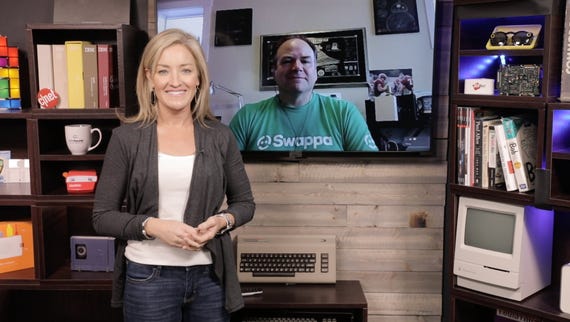 A few months ago I purchased my own Samsung Galaxy Fold (folding along the y-axis) and found it to be a great device for productivity with it serving as both a phone and small tablet. Both functions were well served with this approach and it may have been the best phone for business users in 2019, although it was too expensive for widespread sales.

The new Motorola Razr is coming in February while the Samsung Galaxy Z Flip (name still just a rumor) should follow in March. These two phones fold along the x-axis, taking a current smartphone slab and then folding the top down onto the bottom.

Also: One month with the Samsung Galaxy Fold: Productivity unfolded

For the Motorola Razr there is a high level of nostalgia for those who remember the days of the Razr flip phone, but that feeling only goes so far. The Razr is priced three times the cost of comparable mid-range smartphones, $1500, with a small 2510 mAh battery that has to power two displays. There may be some convenience in using the outside 2.7 inch display on the oddly-shaped closed phone, but the open phone offers a 6.2 inch display that is smaller than today's big screen smartphones.

There are rumors that the Galaxy Z Flip could be priced at less than $1,000, making it a more attractive option than the Motorola Razr since it will also have higher end specifications. However, it will once again be a phone that opens to mimic what we see in current smartphones. What's the value add for users with a complicated folding mechanism that only offers a slightly smaller closed form factor?

Also: Motorola Razr hands-on: A foldable design that makes so much sense

Samsung showed us what could be possible with the Galaxy Fold and Microsoft will introduce the unique Surface Duo later in 2020. There are clear business use cases for devices that open up to provide more screen real estate for increased productivity. Having a phone fold up to be a smaller phone doesn't offer much for the enterprise, but may be exciting for consumers. It's great to see foldable display technology moving forward and eventually we will figure out what's best for productivity.