Twitter is far from the only factor influencing voters, but given how much President Trump has relied on the social network, it's worth looking at how the other candidates perform relative to the current occupant of the Oval Office.
Written by David Gewirtz, Distinguished Lecturer on Aug. 8, 2019 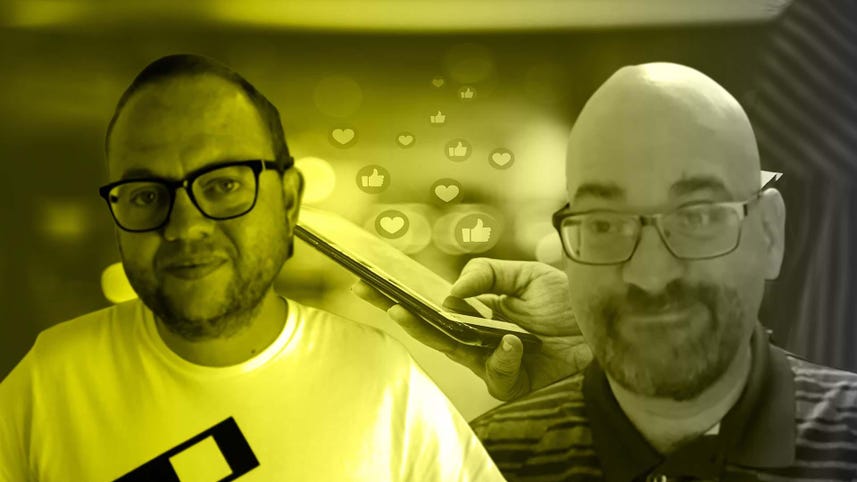 In the entire nearly 250 year history of the United States, there have only been 45 presidents. Of those 45, 40 sought reelection. In the modern era (which can be loosely defined as the television/mass-media era), of the seven full-term presidents seeking reelection, five won.

Politics, of course, was a contributor to each of these victories, but it's also important not to lose track of the enormous institutional advantages enjoyed by the incumbent seeking reelection.

Beyond the trappings of the presidency itself, like arriving at events in Air Force One and speaking with the Seal of the President of the United States on the podium, incumbents have substantial additional advantages.

They command nearly every news cycle, keeping their names among the most recognizable in the world. They have the benefit of a campaign infrastructure and donor list from a previously successful campaign. They often have ongoing fundraising opportunities. And they're not usually fighting other candidates of their party for the nomination.

All of this goes to point out the enormous advantages President Trump has going into the 2020 election cycle. Love him or hate him, he brings into the election all the institutional advantages of the incumbent. According to Axios, as of June 30, he has raised a total of $135 billion, where the next closest competitor, Joe Biden, has raised only a third of that amount, about $46 million.

But, for Donald Trump, there's one more advantage: Twitter.

We are now in a post-modern era where TV is influential, but so is the outsized influence of the internet, particularly social media. Twitter allows politicians to bypass the traditional media gatekeepers and reach their audience directly, instantly, and without filters.

Presidential scholars will continue to debate the advantages and disadvantages of this stream-of-consciousness reach into the American populace, but the simple fact is that Twitter is a force multiplier. It allows for amazingly efficient message distribution at no cost to the candidates.

So where do the candidates stand in terms of Twitter reach? On the Republican side, of course, is President Trump. According to Twitter, President Trump has posted 43.4K tweets. As of the time of this writing, @realDonaldTrump had 62.8 million followers. In theory, that gives the president instant access, at any time of the day or night, to just about a third of the American adult population. But it's not clear that all 62.8 million followers are actual people.

According to a Twitter auditing company named SparkToro, a full 63.4% of all @realDonaldTrump followers are fake, made up of spam, bot, propaganda, and inactive accounts. Based on its analysis, the company claims that a full 39 million are fake. If SparkToro is to be believed, that puts the President's reach at more like 23 million real followers -- still more than his competitors, but by not nearly as large a margin.

But when looking at the President's real followership numbers, keep in mind that not all followers follow his political beliefs. As President of the United States, he is going to have followers from all walks of life and all political sides, as well as international, government, and business followers.

Let's look at his Democratic challengers, as of the time of this writing. For this recap, I'll be looking at the 20 Democrats who were on the debate stage most recently in Detroit:

Even serving as Vice President for two terms and being the polling front runner for the Democrats hasn't boosted Joe Biden's numbers, so previous service isn't necessarily a factor in Twitter reach.

For those curious how self-help author Williamson got herself a podium on the debate stage, one answer is her 2.8 million strong Twitter following. Those numbers are a very strong reach and that's allowed her to mobilize followers for both donations and polling results. While she's not even on the tracking tables for either FiveThirtyEight or RealClearPolitics, her numbers did secure her a place at the first two debates.

Gillibrand and O'Rourke are interesting because they both have about 1.5 million followers, yet O'Rourke is polling at 2.5% on the RCP National Average, while Gillbrand isn't even showing.

But what about fake followers? If the President has fake followers, doesn't it follow that the Democratic candidates are likely to as well? SparkToro didn't analyze all the candidates, but did have data on three of them:

Based on these numbers, it's fair to say that, of the numbers shown my full table above, probably 25-35% aren't real, which means that each candidate can assumed a diminished reach of that percentage.

One other observation: number of tweets don't appear to have a direct correlation to number of followers. Former Vice President Biden has 3.7 million followers, but has posted less than three thousand tweets. Cory Booker has tweeted nearly 4 1/2 times more than Bernie Sanders, yet Sanders has far more followers. In fact, Senator Booker has tweeted almost 50% more than President Trump, yet the President has a vast followership lead over the Senator.

Of the 20 Democratic candidates, half have posted fewer tweets than I have, at 8,464 tweets. Yet, I don't stand a chance of becoming president. Frankly, neither do many of the candidates we're following.

The Twitter bottom line is pretty clear: this social media platform definitely helps outreach, but it's far from the only signal voters pay attention to, and it's also suspect. Not all of the followers shown are actually voters to be influenced. Some are simply fake, either added to inflate numbers or packed on by outside forces seeking to diminish actual reach.

This should be encouraging to Democrats looking to out-shout President Trump's not entirely real 62 million followers, but sobering because his bully pulpit is boisterous, his methods non-traditional, and he enters this race with numerous institutional and unique advantages beyond Twitter not shared by anyone in the current Democratic field.

Security
The 6 best all-in-one computers of 2022