The VR Linux desktop is on its way

Want to use the GNOME or KDE Linux desktops on your virtual reality headset? A new open-source project aims to let you play games and use your Linux desktop with your VR head-mounted display.
Written by Steven Vaughan-Nichols, Senior Contributing Editor on July 31, 2019 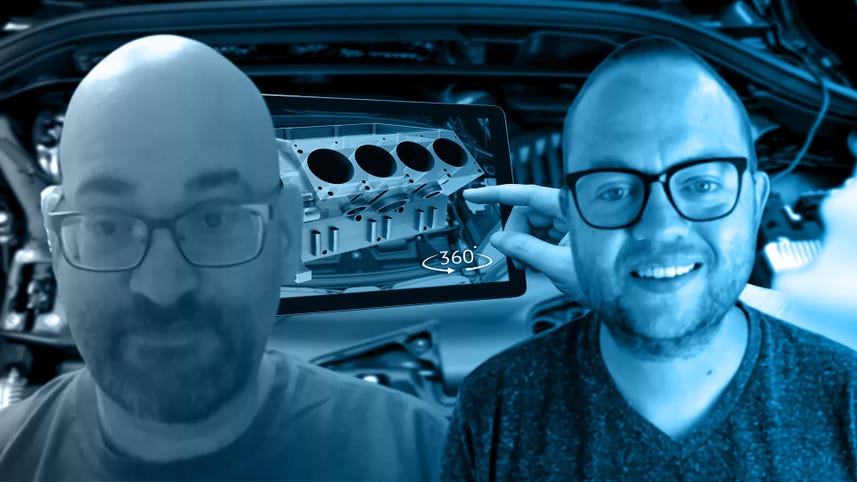 Virtual reality (VR) is moving from games to work, but on the Linux desktop it's had a hard row to hoe. While many VR peripherals and head-mounted display (HMD) support Linux, some "supported" games have trouble running on Linux. VR gaming on Linux is getting better. But if you wanted to use a Linux desktop via VR, you were out of luck. Your luck may be turning now with the xrdesktop.

Xrdesktop is an open-source project. It's designed to let you work with traditional desktop environments, such as GNOME and KDE, in VR. It does this by making window managers aware of VR. It then uses VR runtimes to render desktop windows in 3D space. Once there, you'll be able to work on the desktop using VR controllers in place of a mouse and keyboard.

This program is being created with the backing of Valve, a game company, which has long supported Linux with its Steam gaming platform. Valve -- I'm sure you won't be surprised to learn -- is heavily involved with VR and shepherds OpenVR, an open VR application programming interface (API).

Xrdesktop isn't the only project seeking to bridge the gap between VR and the desktop. For example, Safespaces is a 3D/VR desktop environment for the Arcan display server. But, as even Safespaces developers admit, it can strain your eyes and you should "Keep a vomit-bucket nearby."

Of course, xredesktop is also a work in progress. To get it to work seamlessly with existing X11/Wayland compositor/window manager you need a specific graphics driver and some tuning with both GNOME and KDE.

Still, this is a step towards making VR work and play well with the traditional Linux desktop. Thus, you won't need to run a dedicated VR compositor. According to Lubosz Sarnecki, a xendesktop developer, "This integration of xrdesktop into the window managers enables mirroring existing windows into XR [extended reality] and to synthesize desktop input through XR actions. xrdesktop can be run as a dedicated scene application, but it also features an overlay mode, where desktop windows are overlaid over any other running VR application."

Want to give it a whirl? You can find installation instructions on xrdesktop Wiki. The program is available in packages for Arch Linux and Ubuntu Linux. You can also install it on other distributions, but you'll need to install xrdesktop from source.