The web in 30 years? It'll be beyond our imagination, says Tim Berners-Lee

Working out where the web will go next is hard. But figuring out where we would like it to go is a little easier, says the inventor of the world wide web.
Written by Steve Ranger, Global News Director on March 13, 2019 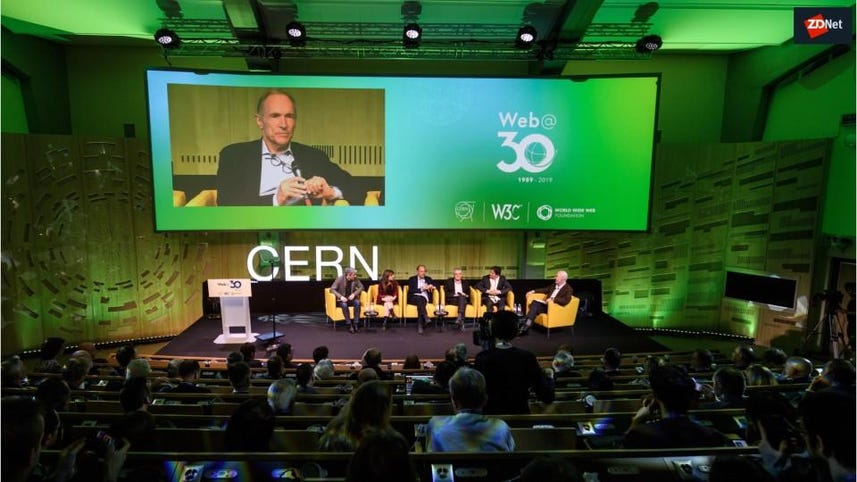 Predicting the future of the web is hard, even for the man who invented it.

Speaking at an event at London's Science Museum to mark 30 years since the world wide web was created, Tim Berners-Lee was asked what the web would look like in another 30 years.

"It's not, I think, for us to try and guess," he said. "Probably because look at what's happened over the last 30 years; the web has changed really dramatically and a lot of that we couldn't have predicted," he said, listing the rise of Wikipedia and blogs as among the unexpected "wonderful things", but also acknowledging "I couldn't have predicted some of the nasty things".

Berners-Lee noted, however, that some people had predicted the rise of the giant corporations who now control so much of the web we use every day.

"A lot of people did predict the rise of the web giants," he conceded. "They predicted when you have a lot of players out there in a flat open market like that, then the bigger ones will grow bigger and then you will end up with just one [big player].

"But most of it is really hard to predict."

Berners-Lee's Web Foundation is currently working on a set of principles to guide the development of the web in future and to safeguard it. When he launched the project late last year, Berners-Lee warned of the growing challenges facing the modern web, from fake news to the abuse of personal data.

This new 'Contract for the web' asks governments, businesses and everyday web users to work to improve the web. Governments, for example, are asked to keep the internet available at all times, and to respect the right to privacy. Similarly, companies are asked to respect consumers' privacy and personal data, while web users are urged to be creators, not just passive consumers.

"What we can do is we can say what web we want," Berners-Lee said.

However, it seems the price of freedom to use the web may be eternal vigilance, according to Berners-Lee. "The battle always will rage, anytime you come to a meeting like this and someone says 'we're done, the web is safe...' — no, somebody will be attacking it."