As interest in astronomy rises with the pandemic, a startup is looking to bring stargazing to a wider audience with Vespera.
Written by Bojan Stojkovski on Dec. 17, 2020 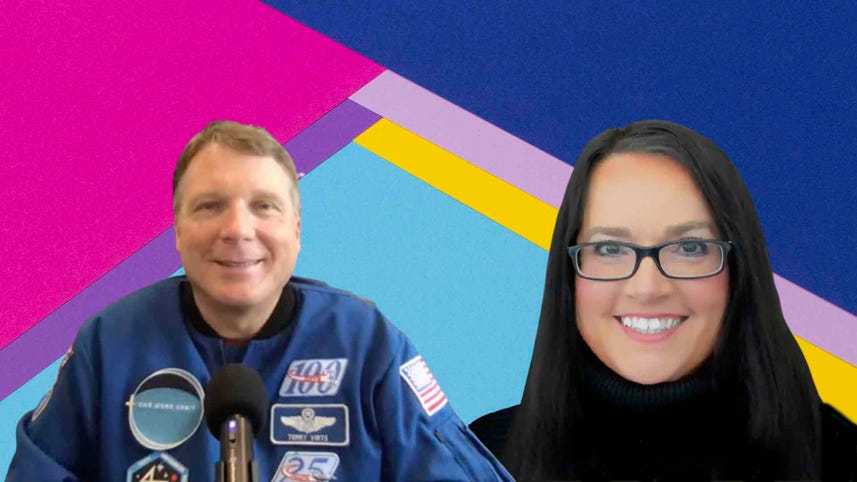 With the current health crisis hitting most aspects of people's lives, many have turned to new hobbies that suit social distancing and staying at home.

Stargazing and amateur astronomy are two activities to benefit from people's enforced isolation, with lockdowns across the globe leading to an increase in people observing the night skies and a rise in sales of astronomical instruments.

But despite the attraction of these activities, some people have found the use of traditional telescopes hard work, especially those who are new to amateur astronomy. It's a problem that a young French company is trying to tackle.

Vaonis, a Montpellier-based startup founded in 2016 and specializing in the production of astronomical instruments, recently launched its newest device, Vespera. It's a cross between a smart telescope and a camera and is expected to cost about $1,500.

In October, the company launched a 30-day pre-order campaign and managed to attract $2.5m in worldwide billing, making Vespera the most-funded project in the category of space exploration and the most-funded tech or hardware project in France.

Vespera's app lets an astronomer control the telescope from their smartphone to select and home in on the celestial object they want to observe. The telescope will then point at the object and track it.

During the quarantine, the French company saw the number of orders, uses, and shared photos created using its devices more than double. Aiming to shake up the field, Vaonis has also teamed up with former NASA astronauts Scott Kelly and Terry Virts, utilizing their experience and expertise.

According to Virts, smart telescopes like Vespera, are there to bring astronomy closer to almost everybody.

"I've owned multiple telescopes over my life, including reflectors and refractors. I've always enjoyed them, and the thrill of seeing objects in the night sky" Virts tells ZDNet.

"But frankly it is too much work to drag a typical six-inch or eight-inch or even 12-inch telescope outside at night, align it, and attach astrophotography devices. Most telescopes are never used."

Now, by having this technology at hand, observers can spot deep sky objects in just minutes, Virts explains.

"It makes it possible to see amazing deep-sky objects that are thousands or sometimes millions of light years away. Observations like that are simply not possible with conventional telescopes without a significant amount of expertise, time, and heavy and expensive equipment."

It took Vaonis nine months to complete the project, which is the company's second product. The technology behind the device combines optics, electronics and high-precision mechanics.

For the new product, the company was able to exploit much of the work that had gone into its first project, an observation device called Stellina.

"A lot of the work required to get Stellina out the door wasn't feature specific, but involved things like camera integration, mobile app communication and deployment, firmware management, user interface design, bug tracking," the company said.

"Having that foundation means we can spend more time optimizing performance and testing features."

Now, it reckons its products can also lead to a new generation of astronomical technology for observing deep space.

"It can inspire a whole new generation of instruments to observe the universe. It's not only to observe – it's to capture, share, and learn, all in one product." Cyril Dupuy, founder and CEO of Vaonis, tells ZDNet.

"Regarding the rest of the industry, it's too early to say but it will certainly encourage other companies to create products with a better user experience than the traditional telescope."

In addition to being the smallest smart telescope in the world, the device is also the only instrument to offer sky observers a shared and interactive experience around the stars, while respecting the precautions of use imposed by COVID-19, thanks to the way it allows remote observation on screen, the company adds.

According to James Sweitzer, a Kickstarter supporter of the project, the use of such devices will help more people understand the fascination of deep space.

"As a lifelong astronomer and planetarium developer, I'm interested in their use for education," he says.

"But I firmly believe their most important impact will be to lift the veil on the deep universe and bring joy and wonder to many people. They are like admission to the infinite planetarium."