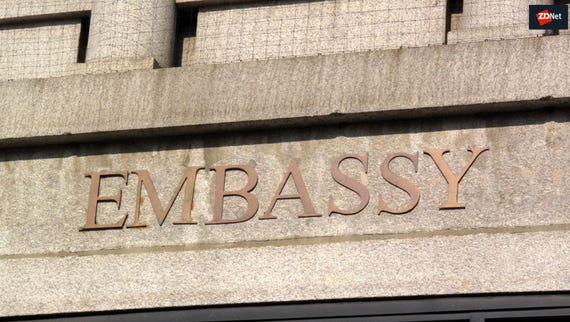 A notorious hacking group is targeting the UK with an updated version of malware designed to embed itself into compromised networks and stealthily conduct espionage.

Both the Neuron and Nautilus malware variants have previously been attributed to the Turla advanced persistent threat group, which regularly carries out cyber-espionage against a range of targets, including government, military, technology, energy, and other commercial organisations.

Within the last year, the group appears to have been particularly focusing on diplomatic targets, including consulates and embassies.

By using a combination of these tools, Turla is able to gain persistent network access on compromised systems, providing covert access to sensitive data or the ability to use the system as a gateway for carrying out further attacks.

The advanced nature of the group means Turla is continually updating and developing its attacks and now the UK's National Cyber Security Centre (NCSC) -- the cybersecurity arm of GCHQ -- has issued a warning that Turla is deploying a new version of Neuron which has been modified to evade discovery.

Alterations to the dropper and loading mechanisms of Neuron are designed to avoid the malware being detected, allowing its malicious activities to continue without being interrupted.

One of the ways this is achieved is using an in-memory payload, which is encrypted within the loader to ensure it never touches the disk in plaintext. This modification allows Neuron to evade detection during disk scans performed by antivirus software, although the NCSC say it's "likely" that AV suites which scan memory will still uncover the payload.

The authors of Neuron have also altered the encryption of the new version, now configuring multiple hardcoded keys rather than just using one. Like many of the other changes, it's most likely these have been implemented to make detection and decryption by network defenders more difficult.

The Turla group moves quickly: the compile times contained within the code show that the new version of the malware was compiled just five days after previous warnings about Neuron were made public in November.

Advice by the NCSC for organisations that have previously been targeted by Turla is to "be diligent in checking for the presence of these additional tools".

The National Cyber Security Centre doesn't point to the work of Turla being associated with any particular threat actor -- instead referring to it as "a prevalent cyber threat group targeting the UK".

However, cybersecurity researchers have previously argued that Turla is a state-sponsored operation which works to further the aims of the Russian government.

A sophisticated hacking group is using satellites in a novel manner to disguise their tracks.

The Turla hacking group is using the new Gazer backdoor to conduct espionage, according to researchers at ESET.

Turla APT group is sending out invites to a real G20 event in Hamburg, targeting politicians, policy makers and other experts for the purposes of espionage.

Join Discussion for: This hacking gang just updated the malware...