Ope source software company Open-Xchange has released itsConsumer Openness Index 2016, its second annual report into attitudes to privacy across consumers, business, and government. The report makes potentially grim reading tor the UK government, as it suggests only one in five people think the Investigatory Powers Bill -- dubbed the Snooper's Charter by critics -- is justified. 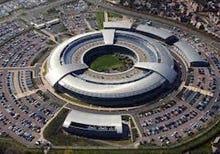 The legislation is set to be debated in Parliament on March 15, just two weeks after the final, 800-page draft of the bill was published. That's led to suggestions by privacy groups and the bill's opponents that the government is trying to rush the legislation through parliament without the opportunity for it to be properly scrutinised.

If the technology industry so opposes legislation like the Investigatory Powers Bill -- and demands from the FBI for Apple to unecrpyt a suspect's iPhone -- why is government insisting on pushing through potentially surveillance measures? Rafael Laguna, CEO of Open-Xchange said claims that it's all about power.

"The government feel a little helpless; their NSA and their GCHQ can't do everything because good encryption is more or less unbreakable for them. So in a way, for them to retain the powers of control and surveillance, they have to fight these technologies and that's exactly what they're doing," he told ZDNet.

Laguna said most other politician just "don't know much about technology at all" -- and he's exasperated as to why they're ignoring advice from technologists, academics, and other experts on matters such as encryption and communications data.

"They're not listening because they don't like the answers," Laguna said, arguing that these moves to reduce privacy are unwise.

"If you can hack the infrastructure, really bad things can happen and it'll make the infrastructure weaker by design if this happens. It's almost dramatic when you really think it through, so I'm amazed as everyone else in the industry by this," he concluded.

The United Nations recently waded into the debate surrounding the Investigatory Powers Bill, and released a report dubbing the proposed legislation as disproportionate and intrusive.

Join Discussion for: Three quarters think web privacy should be...