TicWatch S2 review: Google Wear OS is pretty terrible and Mobvoi doesn't help the cause with this $180 smartwatch

The best smartwatch for Android smartphones users is the Samsung Galaxy Watch, but some may still desire to use a Google Wear OS device. If that applies to you, the $180 TicWatch S2 might meet some basic needs. There are better options available though.
Written by Matthew Miller, Contributor on Jan. 30, 2019 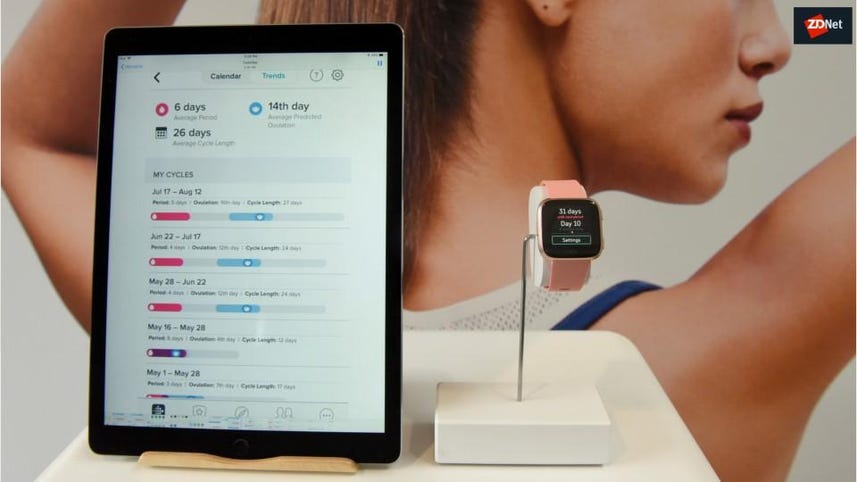 Wear OS has been ignored by Google for some time and when the company decided to move the Play Store and most settings to just the watch I gave up on it as a wearable platform. The Samsung Galaxy Watch remains the best smartwatch for Android smartphone users, but it's also priced at $330.

If you want to explore smartwatches, don't mind charging your watch daily, and are OK with missing data from time-to-time then the $180 TicWatch S2 is worth considering.

A couple of years ago I tested the TicWatch 2 that actually ran Android with a Ticwear OS layer and it was pretty fantastic. The new TicWatch S2 is a Google Wear OS device so it comes with all of the pros and cons of this forgotten wearable operating system.

Mobvoi has done a decent job with Wear OS, but I haven't seen very consistent performance and cannot recommend this watch to anyone serious about a smartwatch or interested in tracking daily activity. The TicWatch E2 is priced $20 less and has a slightly less bulky form factor with no drop protection rating.

Specifications of the TicWatch S2 include:

I've heard people complaining that the TicWatch S2 doesn't use the latest Snapdragon Wear 3100 chipset, but based on reviews of the one watch with that processor it sounds like there is no real improvements to speak of at this time. The TicWatch S2 Snapdragon Wear 2100 is an improvement over the previous MediaTek processor and the watch has performed perfectly fine with this processor.

The TicWatch S2 is constructed primarily of polycarbonate material with a matte black color. A white model is advertised to be coming soon.

The watch is pretty plain and quite chunky with a faux bezel and notches cut into the polycarbonate surrounding the watch face. It's as thick as my large Garmin Fenix 5 Plus, but much lighter.

The 1.39 inch AMOLED touch screen display looks great. There's an always-on mode, too, so you can see the time and other information without turning on the display. The display is bright with crisp, colorful icons and text. The display is touch-enabled with a single button on the right that toggles between the watch face and the app launcher.

An optical heart-rate monitor is found on the back, along with four pins that rest on the charging dock. The silicone strap is soft and the quick release pins let you easily swap it out with other standard 22mm bands.

There is a microphone on the TicWatch S2 so you can state Google Assistant commands, but there is no speaker so the responses on the watch are visual only. You also cannot use the watch to make and receive phone calls.

The TicWatch S2 lasted a full day, but not much more than that. While running with GPS tracking active, my typical burn rate shows the watch could last for about three hours of active tracking.

The TicWatch S2 is based on Wear OS 2.2 and has the September 5, 2018 Android security patch installed. Wear OS is easy to use and offers some useful functionality. My biggest pet peeve is that you can no longer manage the watch from your phone and must choose and install apps all directly from the watch itself. You used to be able to manage it like an Apple Watch or Samsung Galaxy Watch with your phone and sync over all applicable settings, apps, and more.

After pressing the side button to turn on the display your selected watch face appears. Press and hold the watch face to customize it or select another watch face. This is one area where you actually can use your phone to select a watch face and sync it over to the watch.

In order to use the apps you installed, press in on the side button to open the app launcher and then scroll through your apps to find what you want to open. Tap on an app shortcut to launch the app. There are some apps installed by Mobvoi, including TicHealth, TicRanking, TicExercise, TicPulse, and Pool Swim. Google Fit is also installed and then you can find many more apps to choose from in the Play Store on the watch. Over the past few weeks I tested Strava, Nest, Google Keep, Facebook Messenger, Spotify, and Todoist.

Most worked well, but had limited functionality. Spotify and the media controller only control music playing on your phone. TicExercise appears to be decent for run tracking, but the data lives within the Mobvoi application and cannot be synced to standard services like Strava or RunKeeper.

The first app you need to install is Google Wear OS. This is used to make the connection from your smartphone to the watch, choose watch faces, and a couple other basic settings. It's not a very good application, but you need it to get started.

You should then install the Mobvoi application if you want to dive a bit deeper into the activity and fitness tracking data captured by the watch. The Mobvoi app is even worse than the Google app with three of four tabs being rather useless. There is a tab showing step, exercise, and active hours rings and tapping that then brings you to another screen where the top third is auto-scrolling ads.

The 24-hour heart rate tracking shows only a couple of days of intermittent results after weeks of wearing the watch while it does show my heart rate while running. The run data captured is fairly close to the results from other devices, but it lives within the Mobvoi application and cannot be exported or shared with common services.I also installed, not necessariy required, the Google Fit application. This has gotten better over the years and is clearly the best of these three phone applications. Ring show your move minutes and heart points with data from both your wearable and phone captured and shown. Heart rate data didn't seem to sync into Google Fit, which isn't much of a surprise. The app is pretty basic, but the journal page is accurate and interesting as it captures your daily activity.

The step tracking was pretty close to values measured on my Garmin Fenix 5 Plus, Apple Watch Series 4, and Samsung Galaxy Watch, but for some reason the resultant distance was half or less of actual distance covered. The GPS tracking was fairly accurate when running, but cannot be exported from TicExercise. I tested the Strava app and that worked well at capturing the data.

The TicWatch S2 is lightweight and the band makes it comfortable to wear. There is no native sleep tracking in Wear OS, but there are some third party apps to capture basic sleep data. This data cannot compare to the many sleep stages captured by Fitbit, Garmin, and Samsung wearables.

The Mobvoi smartphone app is pretty terrible with three of four tabs being rather useless. There is a tab showing step, exercise, and active hours rings and tapping that then brings you to another screen where the top third is auto-scrolling ads.

There are three smartphone apps to install to fully use the functionality of the TicWatch S2, including Wear OS, Mobvoi, and Google Fit. None are very good though and it just leads to a confusing wearable experience.

The TicWatch S2 is probably the best Google Wear OS you can buy at the moment, which means there just isn't much competition and Wear OS is not worth considering for the majority of people. The $180 price is not bad, but you need to figure out what you want this wearable for. There are better Fitbit, Garmin, Samsung, and other wearables to consider if you are looking for fitness tracking.

If you want to give a wearable a try, I highly recommend something from Amazfit instead. The Amazfit Bip is an excellent device for less than $100 and won't frustrate you like the TicWatch S2 does with its poor activity tracking.