Time management tips: How to create meetings that work

Meetings are a plague on modern business: bored staff can waste months of their lives nodding along when they could be doing something more productive.

Research suggests the average employee attends a total of 60 meetings per month, and that 30 per cent of workplace time is wasted in the process.

So, what are the best time management tips for executives? ZDNet speaks to four experts who give their view on keeping meetings tight and workers productive.

1. Spend the first five minutes on aims and objectives

Andy Williams, global CIO at Save the Children, says strong direction in meetings is the key to time management success -- starting with asking people about the objectives at the start of each get-together.

"Unfortunately, the aims of a meeting are not always clear to everybody," he says. "If you spend the first five minutes on the objectives, it can create a big impact. Being clear at the start can prevent you from getting to 45 minutes and wondering whether the meeting is even necessary."

Williams says pre-prepared reading materials and a tight agenda can also help, although they are no guarantees of success. Even with the right preparations in place, meetings can sometimes start without key stakeholders being present in the room. In these circumstances, strong leadership is crucial.

"You then need to ask right from the outset about whether the meeting can realistically achieve its aims," he says. "Meetings can be called thoughtlessly. But if you can instead act in a thoughtful manner, even if it's in the first five minutes of the meeting, it makes a big difference."

2. Stop people from straying into other areas of business

Camden Council interim CIO Omid Shiraji has very strict rules when it comes to meetings. He has tight guidelines on both time and content. "I insist on papers 48 hours before the meeting," he says. "I don't allow people to raise any other business -- if you want to talk about something, get it on the agenda. And always ensure that there are actions at the end of a tightly-constrained meeting, where every action has owners and dates."

So how do his workers feel about the rules for meetings? The reaction, says Shiraji, is mixed. "Some people are happy it's outcome-focused," he says. "There are those who are reflective and who think we don't have enough time to think deeply. But the structure forces people to plan and that aids efficiency."

Shiraji says he always nominates someone to write up the meeting notes and encourages individuals to use their own style. These notes are circulated around the IT leadership team through Yammer. The content has proved to be so interesting that other people outside the IT team have joined the group to hear about progress in digital transformation.

The lesson, says Shiraji, is that good time management helps create a strong feedback loop. And he is always looking for ways to improve meetings. "One of the things we've started to ask is whether the questions we've considered have helped to make our customers' lives better," he says. "Although this takes time to embed, it's just another way of creating structure based on outcomes."

3. Use collaborative technology and be wary of presenteeism

Contemporary IT leaders are always under pressure, says Poli Avramidis, CIO at the Bar Council. He says the best coping strategy is to embrace the demands. "I don't have a job, I have a passion," says Avramidis. "I make myself available at all times and I do my best. You must love what you do. If you're passionate, the time management concerns become less of an issue."

With the new "find a time" button, users can get suggestions for meeting times that will fit in to the calendars of whomever is invited.

For CIOs who still want to get a tighter grip on their diaries, certain strategies can help. Avramidis says senior executives should always be prepared to question the validity of a meeting. They should also make full use of technology and be prepared to communicate from outside the office.

"Don't commute for two hours there and back for a one-hour meeting," he says. "Use the technology that's available to you, such as Skype. And if a meeting is booked for one hour, but everything is finished in twenty minutes, be prepared to call a halt. People shouldn't feel obliged to fill the time that's been set aside."

CIOs should also be wary of allowing presenteeism to affect their leadership style. Micro-management can eat a considerable portion of the technology chief's day. Avramidis says delegation is a crucial tool in the CIO kitbag. "Empower people to do things on your behalf," he says.

4. Focus on empowerment, ownership, and delivery

"The most critical piece of time management advice for any IT leader is to think carefully about the creation of the team. Clarity on ownership and empowerment, and in the way in which the team delivers, is essential," says Richard Corbridge, CIO for the Health Service Executive in Ireland.

Technology chiefs must keep a careful eye on a range of priorities to ensure the most important elements are never overlooked, he says.

"A modern CIO is a digital leader for the business," he says. "The role is not just about managing technology but making the most of the benefits from digital solutions."

Like Avramidis, Corbridge believes the myriad demands of the CIO role are such that the ability to rely on trusted lieutenants is paramount. He uses staff meetings to encourage smarter ways of working.

"A digital leader needs to be agile and, therefore, needs to feel supported and trusted. If this way of working can be built into the culture of the IT department, the time management of the CIO becomes more about being the ambassador for technology and less about being the governor of the process." 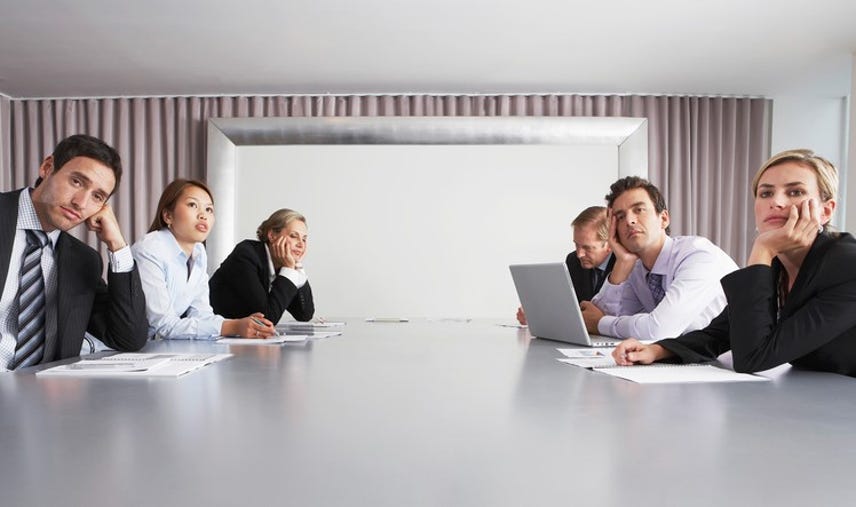