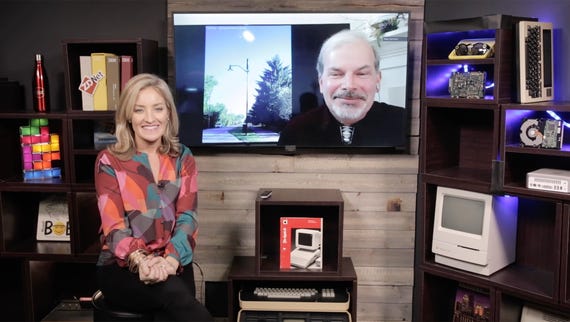 PCs with integrated wireless connectivity still represent a small sliver of the market, and Wi-Fi is still poised to deliver the advantages of Wi-Fi 6 and Wi-Fi 6E, so getting online often requires alternatives. Historically, this has been a greater need in scenarios such as being in some sparse area where there is no Wi-Fi. But in the age of prevalent working from where your presentation upload may be competing with a round of Fortnite, the proposition of a dedicated wireless connection has changed more to one of control if not an outright speed advantage.

Nowadays, the de facto way laptop users access cellular data is via their phone's personal hotspot, a function that subsumed dedicated personal hotspots such as Novatel Wireless' pioneering Mi-Fi device; similar devices are still sold by carriers. But there's a long history of using directly connected phones and modems as well. Some of the earliest cellular connection options for PCs were through the use of directly connected modems supporting early standards such as CDPD. And in the early 2000s, many outside of the cities in which Metricom's Ricochet service operated would have gladly paid $80 per month to use that service; its boxy modems delivered 128kbps wirelessly in an era when many still were limited to 56 kbps dialup modem.

The growth of 3G sparked a carrier terms-of-service war over the use of tethering, a precursor to the personal hotspot that simply allowed the phone to act as a cellular modem by attaching it to the laptop via a cable. The functionality is still supported in smartphones today, although Apple has done much to streamline the creation of a personal hotspot between Macs and iPhones, as has Google with Chromebooks and Android devices.

Still, personal hotspots carry some downsides. They require the use of both Wi-Fi and cellular, which can exhaust a battery, they are vulnerable to interference in crowded settings and can be susceptible to snooping if not properly configured. Because of this, two recent approaches are looking to bring back the cable in the name of going wireless without Wi-Fi.

TellApp's Fetch Internet is an app that has both desktop and mobile components. Start the app on a Mac or PC while the smartphone is connected via cable, and you're off. It claims a speed advantage over generic tethering and can be initiated from the more comfortable desktop end of things versus the phone. As you upgrade your phone to take advantage of 5G networks, your laptop can be pulled along for the ride.

Fetch costs $14 for iOS and $8 for Android. The company also offers a security-enhanced option aimed at businesses called Fetch Pro that incurs a monthly fee. Beyond allowing your phone to leech some power off your laptop's beefy battery, there are other benefits to keeping them sharing a cable these days -- thanks to phone integration applications from Microsoft and major PC vendors.

The Nectmodem from Nect (they removed the "con") is a modern take on the wireless modem designed to affix to your laptop via a magnetic sticker. Unlike dedicated personal hotspots like those from Karma, the device has no battery, which helps keep it small and lightweight; It is set to cost $119 ($79 early bird) when its crowdfunding campaign starts this week. The company offers a contract-free $6 per gigabyte plan or you can bring your own SIM.

Both of the new offerings face a tough competitive challenge in phone-based personal hotspots when it comes to convenience as they require neither extra wires nor extra desktop software. If personal hotspots spark security concerns, you can still connect your phone via a cable and use USB tethering. It's just buried among the sprawling settings of IOS and Android.

First 5G laptop: Lenovo and Qualcomm showcase always-on PC due in early 2020
Is this 'Project Limitless' 5G PC the future of computing?

What is 5G? The business guide to next-generation wireless technology
t is a capital improvement project the size of the entire planet.

What if 5G fails? A preview of life after faith in technology
The theme of our technology economy is based upon a projection of a more industrious, efficient, and productive near-term future for everyone. Should the course of progress encounter a U-turn, how long would we withstand regression?

Join Discussion for: To hotspot or not? New tethering alternatives...