Tonga has cable connection to outside world restored

The Pacific nation had been reliant on satellite access for the past fortnight.
Written by Chris Duckett on Feb. 3, 2019 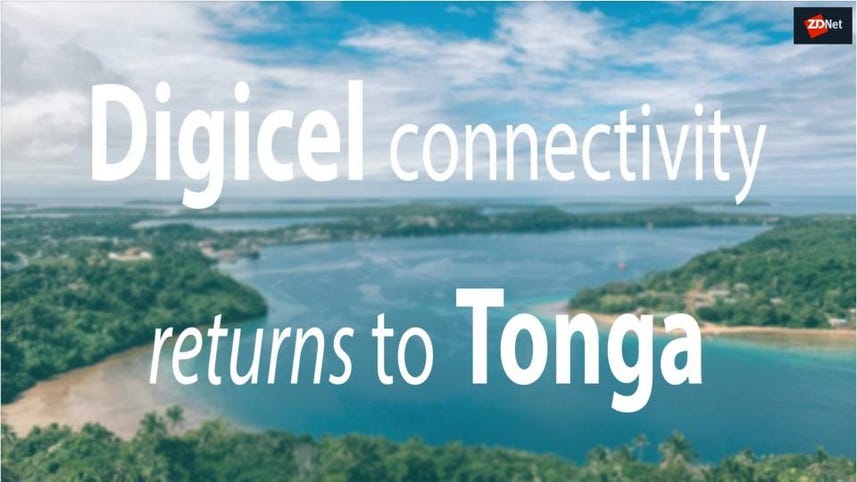 Tonga's two-week period without a working subsea cable to Fiji has ended.

The cable had originally fallen over on January 20, and a second fault was subsequently found; however, RadioNZ reported on Saturday that the connection to the main island has been restored.

On Friday afternoon, the Tongan government had said it would take up to 18 hours to splice the cable before services would resume.

"The work to splice the cable on Tonga's side started at 7am this morning. After the splice, several tests will be conducted, which will take up to 10 hours," Edwin Liava'a, CEO of Tonga Cable, said at the time.

"By midday tomorrow, the international submarine cable should be back online if there will be no major complications."

By Saturday evening, it was expected that Tonga's telcos would be back using the cable connection.

Spark said it had restored 100Mbps of connectivity within five days of the outage, which is approximately a quarter of the nation's usual usage.

The 827km cable between Tonga and Fiji that connects to the Southern Cross Cable went live in August 2013, and was funded jointly by the Asian Development Bank and the World Bank. It was later extended out to the Ha'apai and Vava'u islands in April last year.

RadioNZ reported that the connection to the northern islands was expected to take another couple of days, as it too has been cut.

It was also reported that Tonga Cable is looking into a second cable connection to the Pacific nation.