Tim Bray, an influential software engineer who worked at Sun Microsystems and Google, has quit over fired workers.
Written by Liam Tung, Contributing Writer on May 4, 2020 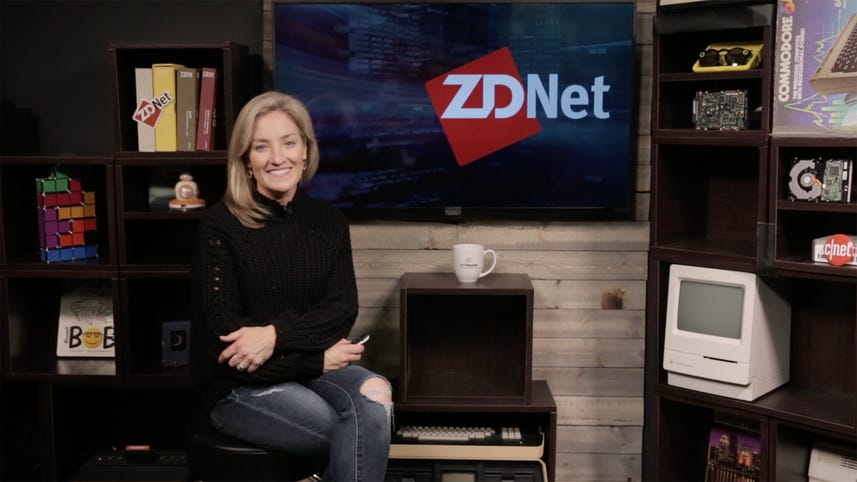 Tim Bray, a VP and distinguished engineer at Amazon Web Services (AWS), has quit his $1m-plus a year role at the cloud giant over Amazon firing a group of employees who publicly protested conditions at Amazon warehouses during the coronavirus COVID-19 pandemic.

Bray joined AWS at the end of 2014, following a four-year stint at Google as its Android developer advocate. Before that, he was the director of web technology at Sun Microsystems, where he played a key role in the development of Java and its open-sourcing under GPL.

He left Sun a month after Oracle completed its acquisition, which of course gave Oracle Java the ammunition to launch its decade-long legal battle with Google over how the search company used Java in Android.

Bray has previously praised the culture at AWS, saying in a 2017 blogpost: "I don't really need the money, but I haven't quit."

He still admires AWS and its leadership, but handed in his resignation May 1, a few weeks after Amazon fired several US employees who'd publicly raised concerns about worker safety and lack of testing at its distribution warehouses.

"May 1 was my last day as a VP and distinguished engineer at Amazon Web Services, after five years and five months of rewarding fun. I quit in dismay at Amazon firing whistleblowers who were making noise about warehouse employees frightened of COVID-19," he wrote on his personal blog.

Amazon was in the headlines in January for allegedly threatening to fire climate activists working at the company. Then in April, amid the coronavirus outbreak in the US, the Washington Post, which is owned by Amazon CEO Jeff Bezos, reported that Amazon had fired several employees who were in the group Amazon Employees for Climate Justice (AECJ) and who had called for safer working conditions and more protections while working at its warehouses.

Bray notes that he was one the 8,702 signatories to the AECJ's open letter calling on shareholders to support a resolution for Amazon to take action on climate.

The pair had also organized a video call for April 16 featuring Amazon warehouse workers from around the world and prominent social activist Naomi Klein.

"The justifications were laughable; it was clear to any reasonable observer that they were turfed for whistleblowing," he writes.

"Management could have objected to the event, or demanded that outsiders be excluded, or that leadership be represented, or any number of other things; there was plenty of time. Instead, they just fired the activists."

Bray says he escalated his concerns through the proper channels because a VP shouldn't go publicly rogue. He doesn't disclose discussions he had but says he made many of the same arguments detailed in his blogpost.

"Remaining an Amazon VP would have meant, in effect, signing off on actions I despised. So I resigned."

However, Bray also notes that he believes Amazon has been "prioritizing this issue and putting massive efforts into warehouse safety".

But he also argues that Amazon firing employees who complained is symptomatic of modern capitalism.

"And at the end of the day, the big problem isn't the specifics of COVID-19 response. It's that Amazon treats the humans in the warehouses as fungible units of pick-and-pack potential. Only that's not just Amazon, it's how 21st-century capitalism is done," writes Bray.

For that reason, Bray also argues that regulators need to impose rules on Amazon.

"Amazon is exceptionally well managed and has demonstrated great skill at spotting opportunities and building repeatable processes for exploiting them. It has a corresponding lack of vision about the human costs of the relentless growth and accumulation of wealth and power," he writes.

"If we don't like certain things Amazon is doing, we need to put legal guardrails in place to stop those things. We don't need to invent anything new; a combination of antitrust and living-wage and worker-empowerment legislation, rigorously enforced, offers a clear path forward."

He makes a distinction between Amazon and the way it treats warehouse workers and AWS, which employs well-paid tech workers.

AWS "is a different story", he writes, and "treats workers humanly, strives for work/life balance, struggles to move the diversity needle (and mostly fails, but so does everyone else), and is by and large an ethical organization."

"I genuinely admire [AWS's] leadership," he says. "Of course, its workers have power. The average pay is very high, and anyone who's unhappy can walk across the street and get another job paying the same or better."