Australia's Northern Territory is a very nice place to do a fish census if the crocodiles and sharks don't get you first.
Written by Chris Duckett, Contributor on Nov. 29, 2018 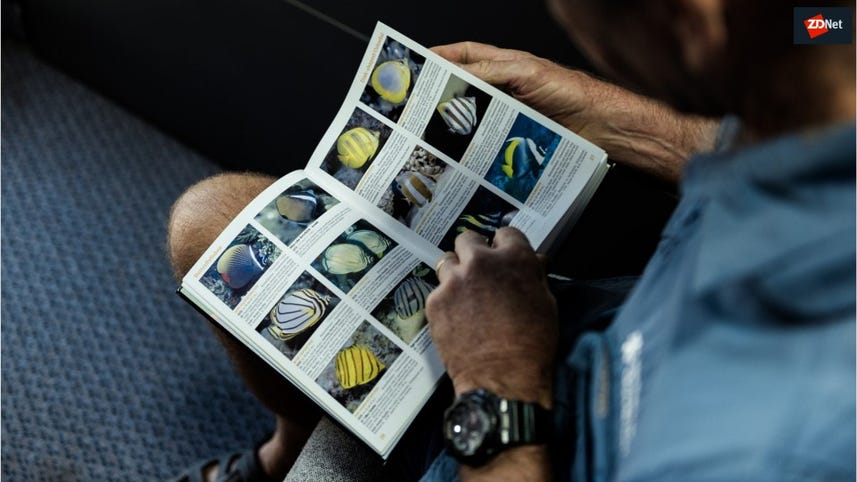 The Northern Territory Department of Primary Industry and Resources (DPIR) has turned to artificial intelligence (AI) to speed up its fish-counting exercises.

The exercise used to be completed by DPIR scientists watching hours of underwater footage filmed on reefs around Darwin, but the AI is now able to complete the task in minutes. The scientists could not enter the water themselves, thanks to saltwater crocodiles and sharks not being completely onside with the idea of humans entering water.

Developed with Microsoft and built on Azure Cognitive Service, the open-source solution is published on GitHub, and had its first iteration running in a month. It was then widely deployed within six months, and, thanks to tuning and improving its machine learning, can now identify fish with a 95 to 99 percent success rate.

DPIR said the solution has already shown that the local golden snapper and black jewfish are overfished, and that the solution could be applied elsewhere across the territory.

"We could look into setting up a camera on a trawler that's out at sea and doing on-the-fly identification of the catch, so we can start measuring by catch. We can start being able to identify that in real-time, to help better manage those fisheries," DPIR chief information officer Rowan Dollar said.

Dollar said it is important for the government to run efficiently.

"It's important for every government jurisdiction, regardless of who you are or where you are, to be using technology to gather and analyse data," Dollar said.

"It'll help you be more efficient and give better value back to your stakeholders."

Over in Spain, Satlink is also using artificial intelligence to observe fishing activity, and the fishermen are not happy about it.

"We already have vessel AIS and GPS onboard. We don't need cameras," Paco, a Catalan fisherman with nearly 30 years' experience, said last week.

Earlier this month, Australia's Commonwealth Scientific and Industrial Research Organisation (CSIRO) made AU$35 million available for research into AI and space technologies, including on the development of advanced imaging of Earth from satellites and data science through AI and machine learning.

AU$19 million will be used to target AI-driven solutions for areas including food security and quality, health and wellbeing, sustainable energy and resources, resilient and valuable environments, and Australian and regional security, the CSIRO explained.

The primary research areas include platforms to "improve prediction and understanding of complex data; platforms to enable trustworthy inferences and risk-based decisions; and data systems to enable ethical, robust, and scalable AI".

The investment is part of CSIRO's Future Science Platforms (FSP) portfolio, aimed at dedicating research to new and emerging opportunities for Australia.

Is it time for the tech industry to grow up and realise just how much it affects the world?

UNSW has found a way to access information stored within atoms

Researchers have demonstrated a compact sensor for accessing information stored in the electrons of individual atoms.

Garry Kasparov is surprisingly upbeat about our future AI overlords

Interview: The chess grandmaster famously beaten by a computer says intelligent machines will make us smarter.

The National Science and Technology Council has been created by the Australian government as the Commonwealth Science Council is tossed overboard.

How to quickly find and delete unused applications on Android 13

How to quickly find and delete unused applications on Android 13