Written by Munir Kotadia and 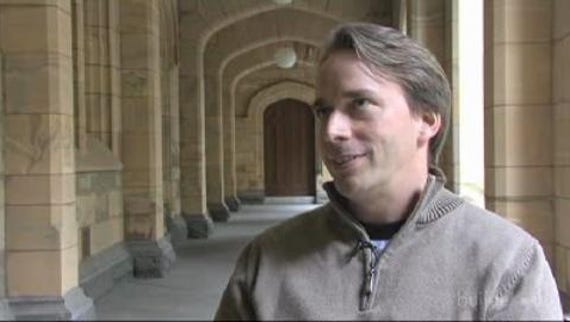 Linus Torvalds, coordinator of the Linux kernel, is pleased that music publishers have started selling more DRM-free music -- last year he said the technology was a lot of "hot air".

In a video interview at linux.conf.au 2007, which was held in Sydney, Torvalds admitted he had a particular dislike for DRM because it makes life more difficult for users.

"One reason I really dislike DRM is that it is technologically an inferior solution to not doing DRM. It actually makes it harder for people to do what they want to do. It makes it harder to do things that you really should be able to do," said Torvalds at the time.

At this year's linux.conf.au in Melbourne, Torvalds said he had been vindicated.

"I forget exactly what I said last year but I think I have been vindicated -- at least in the US -- DRM is so anti-consumer I don't see it really ever taking off.

"What you have seen in the last year is that DRM music has basically gone away. I know that is not true here -- you probably have a hard time finding non-DRM MP3s legally in Australia -- but in the US, go to Amazon," he said.