Fair use and safe harbour regimes have been recommended under the Intellectual Property chapter of TPP 11, with the Pacific trade agreement also outlining civil and criminal penalties for piracy.
Written by Corinne Reichert, Senior Reporter on Feb. 20, 2018 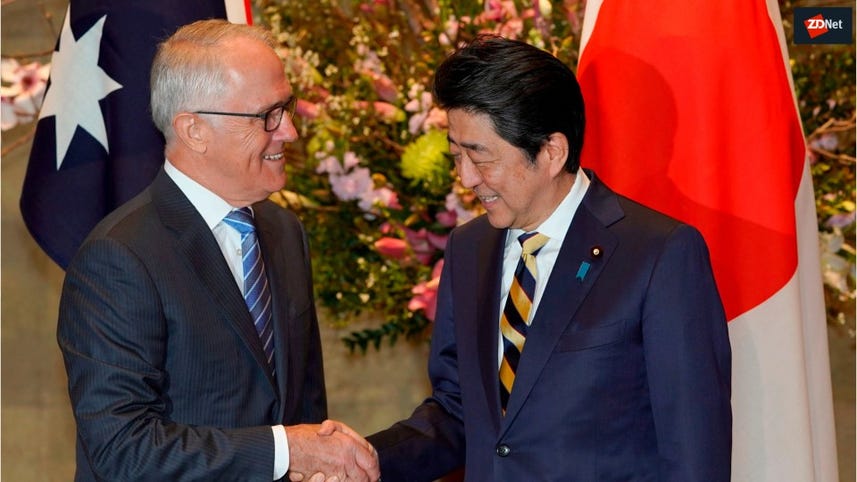 The New Zealand government has published the intellectual property chapter of the Comprehensive and Progressive Agreement for Trans-Pacific Partnership (CPTPP or TPP 11), with the document outlining safe harbour and fair use regimes.

Similar to the previous TPP, under Chapter 18 [PDF] of the new Pacific rim trade agreement, the parties have set also out enforcement obligations against the infringement of copyright, including civil and criminal penalties with an aim of deterring future piracy.

Civil remedies are set out under Article 18.74 as being injunctive relief, as well as paying compensatory damages including "any legitimate measure of value the right holder submits", such as lost profits and the market value of the infringed content.

"Each party shall provide that in civil judicial proceedings, its judicial authorities have the authority at least to order the infringer to pay the right holder damages adequate to compensate for the injury the right holder has suffered," it says.

TPP 11 members should also establish a system with pre-established damages that compensate the rights holder for "harm caused by the infringement", and/or additional damages that take into account "the nature of the infringing conduct and the need to deter similar infringements in the future".

The losing party in any judicial proceedings should pay costs, according to the agreement; however, damages should not be available against non-profit libraries, archives, educational institutions, museums, and public non-commercial broadcasting entities.

Criminal penalties, meanwhile, are set out for cases of piracy on a commercial scale, and include sentences of imprisonment and monetary fines "sufficiently high to provide a deterrent to future acts of infringement, consistent with the level of penalties applied for crimes of a corresponding gravity".

Non-profit libraries, archives, educational institutions, museums, and public non-commercial broadcasting entities should again be exempt from criminal penalties as long as the infringement was not wilful, TPP 11 states.

Safe harbours are also set up by Article 18.82 to ensure that internet service providers are protected against piracy court action despite providing connections, automated caching, storage, and referring or linking of users to online locations.

"And [shall include] limitations in its law that have the effect of precluding monetary relief against internet service providers for copyright infringements that they do not control, initiate, or direct, and that take place through systems or networks controlled or operated by them or on their behalf."

The requirement for ISPs to remove or disable access to copyright-infringing material once they have been aware of it is included, however.

Under Article 18.80, governments are also to ensure they use only non-infringing software.

Overall, the chapter encourages balancing copyright protection with innovation and the "diffusion of information, knowledge, technology, culture, and the arts", and describes limited exceptions such as fair use as long as it takes into account the owner of the content.

"Each party shall endeavour to achieve an appropriate balance in its copyright and related rights system, among other things by means of limitations or exceptions ... including those for the digital environment, giving due consideration to legitimate purposes such as, but not limited to: Criticism; comment; news reporting; teaching, scholarship, research, and other similar purposes; and facilitating access to published works for persons who are blind, visually impaired, or otherwise print disabled," Article 18.66 states.

A spokesperson for Canadian Trade Minister Francois-Philippe Champagne had last month said Canada's government was holding out during recent talks in Tokyo on protecting the copyright of its intellectual property.

This also followed concerns from Australia's copyright industry, and issues with "ambiguity" in the data protection provisions.

Australia's current judicial regime allows content owners to obtain an order from the Federal Court ordering ISPs to block access to foreign-hosted websites that facilitate piracy at the cost of the copyright holder.

Last August, the Australian government also tabled its response to the Productivity Commission's report into intellectual property, but did not lend its full support to the recommendations on circumventing geoblocking technology or implementing a fair use exception for copyright infringement.

However, the government supported "in principle" the recommendation that it expand the safe harbour scheme to cover all providers of online services, including cloud computing services, search engines, and online bulletin boards, rather than just ISPs.

The TPP agreement passed last month with its 11 remaining member nations despite the withdrawal of the United States a year ago, and will be signed in Chile in March.

"The TPP will eliminate more than 98 percent of tariffs in a trade zone with a combined GDP of $13.7 trillion. The agreement will deliver 18 new free trade agreements between the TPP parties," a joint press release by Australian Prime Minister Malcolm Turnbull and Trade Minister Steven Ciobo said.

"For Australia, that means new trade agreements with Canada and Mexico and greater market access to Japan, Chile, Singapore, Malaysia, Vietnam, and Brunei."

Turnbull added that while he would encourage the US to rejoin the TPP, he doesn't see "any prospect of that".

"The way the agreement is structured is so that the Americans can effectively, America can dock back in, which is obviously what everyone would hope for at some point in the future," he said.

With South Korea, Thailand, and Indonesia also having shown "strong interest" in the TPP, Turnbull said he is hopeful that other nations will additionally join the trade pact in future.

The original TPP was signed in February 2016 by the United States, Australia, Canada, New Zealand, Singapore, Vietnam, Malaysia, Japan, Mexico, Peru, Brunei, and Chile; however, it was then dumped by President Donald Trump on his first week in office in favour of bilateral trade deals that promote Trump's "America first" protectionist policy, despite warnings that he risked "abdicating" trade leadership in the Asia-Pacific region to China.

While Turnbull had previously suggested that the TPP could be opened up to China, the Chinese government expressed unwillingness to join, instead favouring its own Regional Comprehensive Economic Partnership (RCEP) deal, which is being negotiated between China, Australia, India, Japan, South Korea, New Zealand, Singapore, Malaysia, Vietnam, Brunei, Cambodia, Indonesia, Laos, Myanmar, the Philippines, and Thailand.

At least half of the nations involved in the TPP had said they would instead consider Chinese-led multilateral trade deals such as the RCEP.