Turns out the rush to automate the air travel experience may be missing the point, and that's a big lesson for robotics companies.
Written by Greg Nichols, Contributing Writer on June 21, 2019 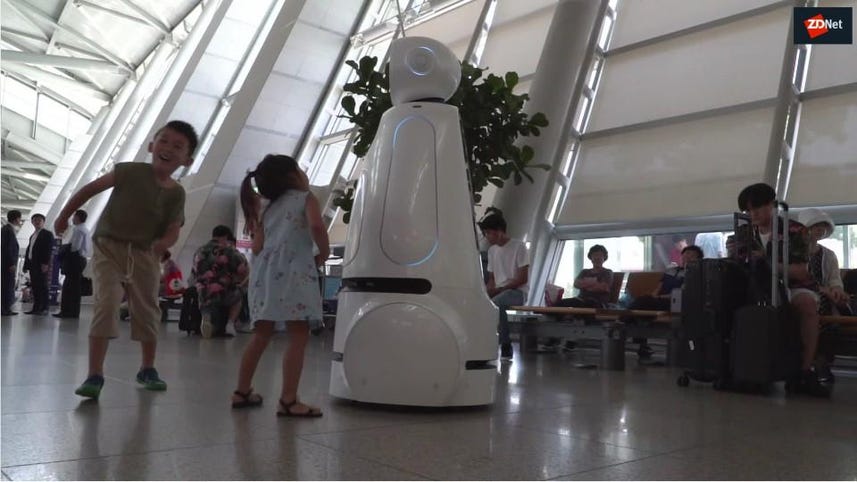 Ever seen a robot at an airport? LaGuardia has one. Munich's is called (wait for it) ... Josie Pepper. From Amsterdam to Adelaide, they're cropping up to help give travelers a more seamless flying experience.

In fact, automation of all sorts is popping up at airports. Automated ticket counters has given way to high tech autonomous security and robots that park cars, an approach that's being tested in London and France.

Only it turns out travelers may not really want that much automation in their airport experience. That according to a new report from OAG, a leading global travel data provider. OAG surveyed 2000 travelers through its flight tracking app, FlightView, about the effectiveness of efforts to streamline the airport experience. The most surprising finding: Robotics, biometrics, and advanced security measures aren't winning hearts and minds in the war to make traveling less cumbersome.

By most metrics, travelers prefer human customer service to automation most travel functions. That includes baggage (54 percent human customer service preference), security (55 percent), boarding (64 percent), concierge (83 percent), and in-flight services (80 percent). The only area where most travelers prefer automation, in fact, is ticketing and check-in, which are already well-established in major airports.

Robots that give directions? Forget about it. Only 19 percent of respondents believed they improved the customer experience.

So what explains the sudden shift to automation in airports? Part of it is an appeal to a younger generation of air travelers. Though automation technologies are unpopular on average, millennials prefer automation more than others in every area except security. Compared to 50-year-old travelers, millennials are 30 percent more likely to prefer automated airport concessions and retail and in-flight services, for example.

But a far likelier culprit is the hype around automation technologies. It's the same hype that's created a trail of once-promising, now disbanded robotics companies. Enthusiasm for impressive technology has a tendency to obscure miscalculations that will doom a product out in the real world. Often the failure comes down to the simple fact that there's a better, cheaper, or faster way to solve a problem that doesn't require a robot.

That's certainly what's happening at airports around the world. According to the report, when it comes to the technology travelers will actually help them, far more people (54 percent) prefer in-airport GPS directions than robots or biometric security measures. In fact, one of the most popular proposed improvements among respondents was an increase in loading zones to aid pickup and dropoff.

As for robots that can park your car at the terminal? Fewer than 10 percent said it would improve their experience.

This AI-powered prosthetic hand is bringing design and style to a life-changing product
The best robot vacuums available now
Why do college kids get all the cool robots?
The 5 best robot mowers: Hands-free lawn care
Editorial standards
Show Comments
Log In to Comment Community Guidelines