It's thought that the order loosens import restrictions on encrypted products, which are controlled by Russia's state security service.
Written by Zack Whittaker, Contributor on Feb. 2, 2017

The Department of Treasury will allow US companies to carry out some business with the Russian security service, easing sanctions imposed by the Obama administration.

Announced out of the blue on Thursday, the department released an authorization license that unraveled key provisions of the sanctions.

The license covers "all transactions and activities" with the FSB, Russia's equivalent to the FBI, which were previously banned under the Obama executive order in December.

That order imposing sanctions against the FSB strengthened earlier restrictions after the outgoing government found that Russia was involved in cyber activities designed to sway the US election.

Some believe that Thursday's order is a way to prevent US companies from facing losses from being effectively cut out of the Russian market.

According to a tweet by Julia Ioffe, a staff writer at The Atlantic, the license may be a "technical fix to avoid unintended consequences," such as capping the flow of tech products to Russia.

The FSB, as the state security service, controls the import of certain electronic goods, such as those with encryption.

A brief analysis of the order appears to allow US companies to pay for and acquire certifications that would allow encrypted products, for example, to be imported to Russia.

That would coincide with earlier reports that US tech companies may end up suffering as a result of the Obama administration's sanctions against Russia, because a number of products, including iPhones, iPads, Android phones, and even wireless mice come with some forms of encryption.

"Since the FSB carries out certain administrative functions such as review and approval of commercial encryption products for import and distribution in Russia, the effect on certain U.S. companies and individuals doing business in Russia could be significant," said a statement by Baker McKenzie, a management consultant firm, to clients.

The order lands despite the fact that Steve Mnuchin, the nominee for Treasury Secretary, has yet to be confirmed.

Although the former banker was confirmed by a Senate panel on Wednesday, the full chamber has yet to vote on the nomination, according to sister-site CBS News.

A spokesperson for the Treasury did not respond to a request for comment.

Video: Were voting machines hacked during the 2016 election? 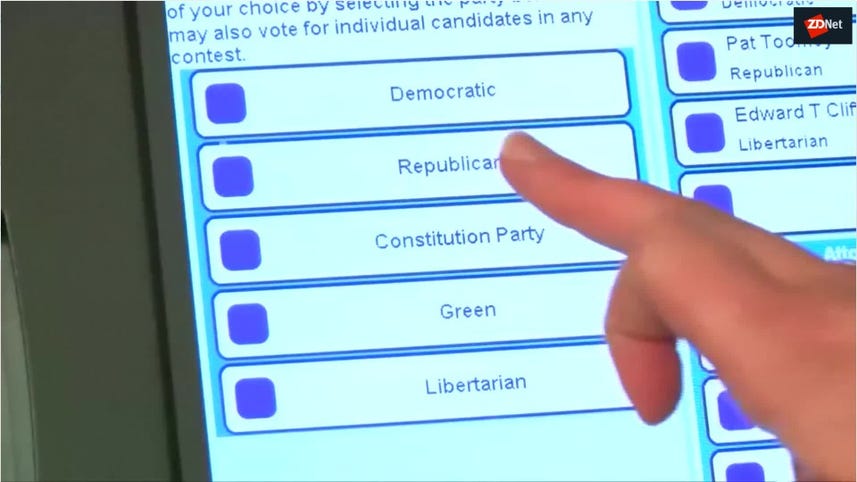