Roughly half a year has passed since TeliaSonera-owned Netcom was awarded the most attractive part of the 800MHz spectrum sold off in Norway's recent LTE-compatible spectrum auction .

The spectrum licence Netcom won comes with an obligation for the operator to cover 98 percent of the population where they live by 2018 – meaning things have been very busy since the auction.

"It's been truly rock 'n roll for us, and we've had a really great time," Tommy Johansen, head of coverage at Netcom, told ZDNet.

It's going to get even busier for the operator. Recently, Netcom publicly stated that it intends to step up the speed of its rollout in order to hit the 98 percent coverage obligation two years ahead of the licence's schedule.

The buildup prior to the auction

Five years ago NPT, the Norwegian telecoms regulator, handed out some LTE-compatible spectrum in the 1800MHz and 2600MHz bands to Norway's mobile operators. These frequencies were used for testing and some initially geographically limited commercial 4G services. 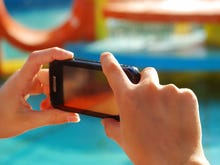 The auction allowed Netcom to dip its toe in the 4G market.

"We started our commercial 4G deployments in 2009, when the inhabitants of Oslo were the first city in the world to get 4G," Johansen said. At the time, Netcom lit up more than 200 4G-enabled base stations in the Norwegian capital.

In 2011, the operator built out its 4G coverage to include the next three largest cities in Norway, using the 2600 MHz frequency band. The operator went on to expand LTE to the most popular winter sports resorts by early 2012. These base stations used a combination of spectrum from the 1800MHz and 2600MHz bands.

"Then, we built a very good coverage of the southern coastline of Norway, covering all the major towns for summer holidays. We also built further north in the country at the same time, everywhere it made sense to build with 1800MHz and 2600MHz, this was done, pending the upcoming spectrum auction," Johansen said.

"We knew the 4G spectrum auction would begin some time in the future, but sometimes you have to take your chances," he said. "As an operator you're forced to do that, especially when the government states that there will be an auction, and afterwards delays the actual auction date by nearly three years compared to its original plan."

Netcom chose to prepare all the base stations where it would be favourable to build with LTE in the 800MHz band. These stations were built, the antennas put up, cabling and radios installed, but Netcom wasn't allowed to turn them on. At the same time, the company continued to build out LTE in the 1800MHz and 2600MHz bands.

"Then we had the auction last December, where we won the most attractive part of the frequency band, the so-called 'centre block' or 'coverage block'. At that time we had more than 500 base stations prepared for 800MHz LTE in hot standby. These stations were 100 percent ready, they just weren't activated," Johansen said.

After the auction had closed, throughout January and February, there was some coordination work between Norway's mobile operators and the broadcasters. Beginning at the start of the year, the work was designed to help LTE mobile operators and digital terrestrial television providers offer their services alongside each other without risk of interference. They had to establish a "cooperation organisation" within two months after the auction's closing, before operators could make begin to make use of frequencies in the 800Mhz band. This organisation's mandate was to address interference between LTE services (in the 790-862Mhz band) and digital TV services (470-790Mhz).

The work was completed by the beginning of March, and the operators got the go-ahead from NPT to turn on their base stations in the 800MHz band.

"On 1 March we had 50.2 percent population coverage. On 5 March, we turned on the first of the 800MHz LTE stations. This marked the beginning of a seven-week program where we lit up the more that 500 stations we had prepared for LTE in the 800Mhz band," Johansen said.

Netcom continued with activating geographical clusters of base stations every Tuesday and Thursday in the seven-week period. On average, the clusters included between 20-30 up to 90 base stations, with Netcom starting up up to 143 base stations in a single week. The programme closed off in April, by which time Netcom had achieved population coverage of about 66 percent, according to Johansen.

"A very important point here is that we're building more 3G than 4G in this project. This is because all the sites we're building 4G at will also get 3G, and there are some stations that will get 3G only. This is not a 'pure' 4G project, this is a mobile data coverage project, where we're combining 3G and 4G technologies," Johansen said.

The decision is already paying dividends, as Netcom has already seen significant rises in data traffic its network this year. Johansen told ZDNet that Netcom had to recheck and crosscheck several traffic measurements before it felt comfortable presenting them to NPT, because the numbers were unexpectedly high.

Netcom saw a 42 percent increase in 4G data traffic between week 9 to week 21 this year. Johansen said it was somewhat unexpected and "astoundingly high", adding that Netcom spent a good amount of time verifying the numbers before releasing them publicly.

Netcom has also seen a decrease in 3G usage combined alongside the sharp increase in 4G usage, meaning users already had 4G enabled devices, and as 4G become available, they're switching their data consumption from 3G to 4G.

Nevertheless, when the 3G decrease and 4G increase are combined, Netcom sees that the general data use in rising fast in Norway.

"In 2013, our customers used in average 500MB per month. Now, in 2014, we're seeing an average of 1.1GB of data per customer per month. Our prediction last year of that mobile data usage would double this year was entirely correct. And we're anticipating the same next year as well," Johansen said.

Now, the company has til 2018 to hit 98 percent coverage. This summer however it announced a much more aggressive development target than that. According to Johansen, Netcom plans to reach the figure by 2016 instead, two years ahead of schedule.

The speed of the network rollout means the operator has to focus all its efforts on the project. As a consequence, Netcom said it's not joining in in the race to have the world's first LTE-A network.

"We are not doing any LTE-A testing in Norway now. We are a part of a global telecoms corporation, and I know there is work going on elsewhere in the world. But no, we're not working with that here, but that could change very quickly," Johansen said.

Join Discussion for: Truly rock and roll: How Netcom went from...