Try as I might, I couldn’t break the Panasonic Toughbook 55

Panasonic's new Toughbook 55 has nifty new tricks -- in particular, the ability to insert modules such as extra batteries and a discrete GPU. It also stands up well to hot coffee and falling down a flight of stairs.
Written by Tiernan Ray on Oct. 4, 2019 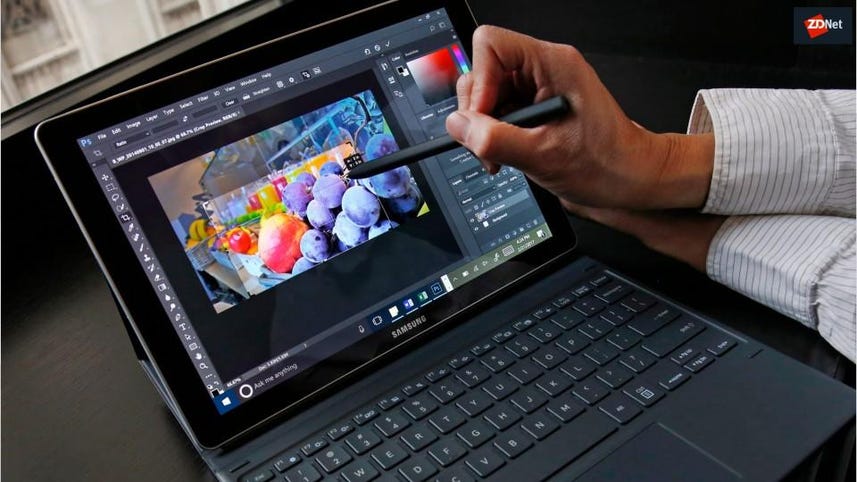 The Toughbook is an important tool for professionals in demanding situations. If you've ever ridden in the front seat of a police cruiser, as I have, you may have seen one of these laptops attached to the dashboard, where it serves to look up detail on felons, among other things. Various first responders use them, utility workers use them up on the electric poles. It has the lion's share of the market for tough, abuse-resistant, Windows-based machines.

The Toughbook is a very nice laptop, a neat piece of engineering, and not something I'd be keen to break deliberately. So I didn't try my worst, but I tried somewhat to dent the thing. As the accompanying videos show, I poured hot coffee across the keyboard, with no apparent adverse effect upon the Toughbook. I also allowed the thing to pitch off my lap and bounce down the stone stairs of my brownstone building. The machine took that licking and kept on ticking, as they say.

So this was not a battle test, but it did demonstrate a couple important features of the Toughbook. One is that it is water-resistant as measured by the "IP53" standard, which means protection against water spraying on the thing. And it is meant to withstand a drop of up to three feet, as per the Department of Defense test method standard "MIL-STD-810H."

With all that rugged stuff out of the way, one can talk about a few other neat aspects of the Toughbook. The model 55, the one I was trying out, is the latest generation of the device family, and several other models are still on the market. This is the only one with a 14-inch screen, the others all featuring smaller displays.

The 55 is different from all the Toughbook models before it in having three compartments that allow for after-market options that can be swapped out. Those modules include a fingerprint scanner module, a discrete graphics processing unit, or GPU, from Advanced Micro Devices, an optical drive, a second battery, and a selection of various kinds of communications ports. The Toughbook has always had the option for expansion, but up until now, that meant having the device sent in for servicing. With the swappable bays, a customer can just plug in the part and the machine is up and running again.

It's a neat innovation that can save Panasonic money and save customers time and hassle. I didn't try all the third-party adapters, but I did plug in the AMD graphics card. After a reboot, it showed up right away in the Windows Task Manager as a second GPU, the main one being the embedded Intel graphics. When I suddenly removed the graphics card from the machine, the system was unperturbed, although I had to restart the system for Task Manager to remove the AMD GPU from its display.

The price of the machine won't break the bank, starting at just $2,099, or $2,499 when a touch-screen is added. (I especially appreciate the touch-screen on Windows computers. I've never liked the mouse and keyboard navigation of Windows, and I find touch controls make it easier to get around.) The modules also seem a reasonable deal. A second battery costs $150 and doubles the rated battery life of the machine to an amazing 40 hours. A fingerprint reader is $150. The most expensive module is the AMD GPU at $700.

Some will grumble that the modules are tied to this model of Panasonic laptop. It's Panasonic's walled garden, as they say. That's true, but there should be lots of value in these modules, given that the practice with Toughbooks is for customers to purchase the machines in fleets. In theory, that means one may have many systems that can share the modules over time. Of course, it will be important for Panasonic to maintain backward compatibility to existing modules in future Toughbook models, to extend the usable life of these investments.

In sum, dropping hot coffee on the thing may be the most fun one can have with a laptop on any given day, but the Toughbook is well-equipped to stand up to that and also let one get important stuff done the rest of the time.