"140 characters is all you need".Tuesday's SxSW panels are usually some of the most interesting, and one I have been looking forward to is Drew Olanoff and Brian Simpson's discussion about "Tweeting through Chemo".
Written by Andrew Mager, Inactive on March 16, 2010

Tuesday's SxSW panels are usually some of the most interesting, and one I have been looking forward to is Drew Olanoff and Brian Simpson's discussion about "Tweeting through Chemo". 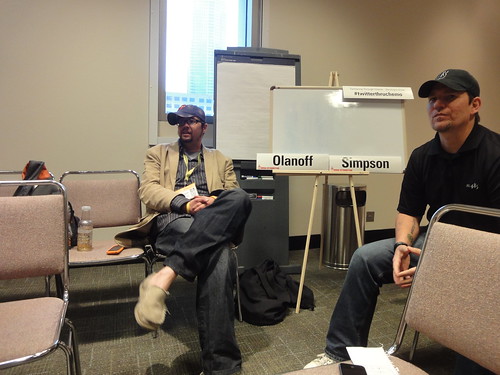 Being diagnosed with cancer is unfathomable, but I can imagine that there would be a sense of loneliness. Most people criticize Twitter as being a dumpster of useless messages, but in this case, it's very important.

Last year at SxSW, Olanoff didn't know he had cancer. When he returned to Philly, he went to the doctor and was diagnosed with Hodgkin's lymphoma stage 3.

I wanted to tweet. I wanted to put it out there, I needed to get it out of me. When I got diagnosed, I said "Ain't that about a bitch"

He noticed that Zappos had a Twitter stream that tracked a hashtag, and then thought up the idea for Blame Drew's Cancer.

The rest is history. Livestrong partnered with him, and helped spread the word to more and more people.

Drew had a sweet Twitter name at the time (@drew), and realized that it was extremely valuable. With some wheeling and dealing, he got Drew Carey to donate $1,000,000 to Livestrong. People were giving donations not out of sympathy but to help Olanoff pick up the slack; he was working his butt off.

"Being able to connect with people and seeing the conversation in the stream, and then watching the community respond was really awesome," said Simpson.

Olanoff and Simpson explained that power of community really helped them get through surviving cancer. Brian and Drew met each other through Twitter, just be hearing each other's followers @-reply them. The advantage is that constant follow-up from supporters all over.

If one person is following you, you have an audience. 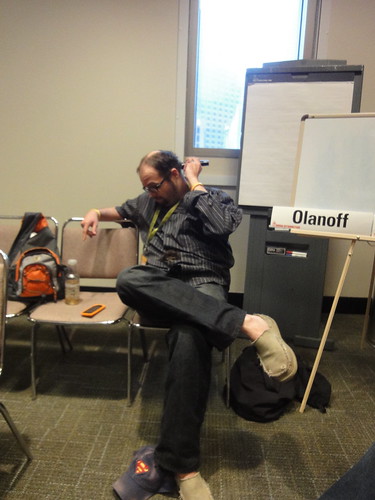 Olanoff and Simpson will continue to make change and help people through social media.

Personally, my mother has been through breast, cervical, and ovarian cancer in the past 7 years, so this topic hits home hard. I am a big proponent of using social tools for social good. What are your thoughts on this? Have you heard any cool stories about using Twitter or other social networks to help raise awareness and funds for cancer or other diseases? I want to know about them.