Full Bio
Posted in Between the Lines on October 3, 2013 | Topic: Tech Industry

Twitter on Thursday lifted the lid on its  initial public offering paperwork .

The San Francisco, Calif.-based company, founded in 2006, disclosed its S-1 filing with the U.S. Securities and Exchange Commission, just shy of a month after it announced it had  filed the necessary documents  with the U.S. government. 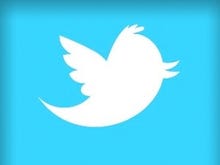 The microblogging service becomes the latest Silicon Valley social media firm to join the ranks of companies to float on the U.S. stock market, following Facebook and LinkedIn.

Here are all the numbers you need to know.

Join Discussion for: Twitter files for IPO: By the numbers