Twitter is due to IPO on the NYSE later today with an IPO price of US$26 , attributing a notional market capital to the company of US$18.2 billion. For a company with revenues of circa US$550 million and annual losses since 2010 totaling US$440 million, that's not bad going! 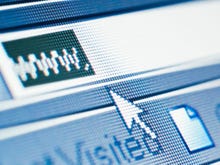 US Investors sceptical about Twitter IPO according to poll

Americans have little faith in Twitter’s future according to a new poll. Only a third of respondents said that Twitter would be successful in 2018.

Internet stock sentiment is running a fever at the moment in my view. Yahoo is trading at a several year high, LinkedIn is flying, Priceline is above where it peaked in the dot-com days, and Pandora is also hitting heady heights. It's fair to say that Yahoo and Linkedin are having incredible runs, mind you. Linkedin is beating profit estimates quarter-on-quarter, and Yahoo is reaping the Alibaba seeds and Marissa effect (a.k.a. monetization of core users and diversification/inorganic expansion into parallel/complimentary business lines) is boosting confidence. And who knows where Facebook will end up--US$117 billion market cap and climbing-- if its results continue to indicate it may have cracked the mobile advertising conundrum.

However, being a lawyer, it is important to always sound a note of caution. During the recent debt-ceiling issues in the United States, stocks were remarkably resilient with a dropoff of only 1.2 percent, but Internet stocks--and in particular social media-related offerings--fell by up to 7 percent. To a naysayer this could indicate a certain frothiness in the market with institutions quick to bail if the weather turns sour.

Now what about the market's latest darling...

Demand for Twitter's stock has pushed its IPO launch price well above the initial range stipulated of between US$17 and US$20 per share, giving it a market cap well above what most optimistic analysts were feeling comfortable with two months ago with price estimates of between US$12 and US$15 billion.

Taking the optimistic predictions for 2014 on board, of US$1 billion revenue, that leaves Twitter trading at something like 17 to 18 times of its 2014 forecast revenue; well ahead of the 12 to 13-fold Facebook and LinkedIn have garnered. That seems odd to me for a company that only started monetizing ads in 2010 and that has a grasp on only 0.5 percent of the US$100 billion global digital ad spend, compared to 33 percent for Google and 6 to 7 percent for Facebook. And the microblogging site has a lower average revenue per monthly user than any of its peers, approximately 30 percent that of Facebook.

Twitter is, after all, a little less sophisticated than other offerings and not just its "local" competitors in the United States, where Facebook offers a richer and more enduring user experience--with a larger online family--and LinkedIn riding on more revenue opportunities implicit in its platform.

If Twitter can monetize its feedback data and start to influence trends for the benefit of brand owners, and drive retail through social, it stands to make a killing. But it's a big uncertainty that 140 character posts are going to be enough.

If we look at players in the East...

Sina Weibo is valued at around US$5.5 billion. Although its reported revenue lags behind Twitter's, its valuation--especially if you consider Sina has a far more diversified set of online interests beyond its Weibo microblogging platform--looks cheap, or Twitter looks high. Not least as its loss position includes investment in diversified offerings under the Sina umbrella, which may lead to longer term sustainable alternative revenue models akin to Tencent's prolific and successful diversification.

Weibo is already a richer media experience, offering video functionality as well as rumored chat applications such as "like" buttons, compared to Twitter. As a direct comparison, on a level playing field, I'm sure most users and certainly advertisers would perhaps see more value in Weibo.

As a final thought, if Twitter is to succeed in Asia--though this is not a stated aim of the company--it will first have to address a myriad of localization challenges, especially among loyal followings on equivalent platforms such as Line and WeChat, including the option not to be "public". (Refer to Line in Japan and the popularity of group discussions across Asia on BlackBerry Messenger and WhatsApp.)

But I suspect it, and other Internet-based offerings, will find their greatest challenge erupting or continuing to pour out from behind the Great Firewall of China, currently the world's largest Internet market, amid the diversified, innovative offerings provided by Sina Weibo, Tencent, RenRen, Alibaba, Dangdang, Dianping, Baidu, and so on, that are looking to take market share in more traditional developed markets.

In my view, most of the above-mentioned Asian players are looking rather under-priced in light of Twitter's debut.